Showcased among 55 galleries from across Europe, Project ArtBeat will take up a booth at the Exhibition and Congress Centre Litexpo, the venue hosting the fair.

The three Georgian creators will be among 200 artists from 20 countries featured in the 8th edition of the event launching this Thursday. 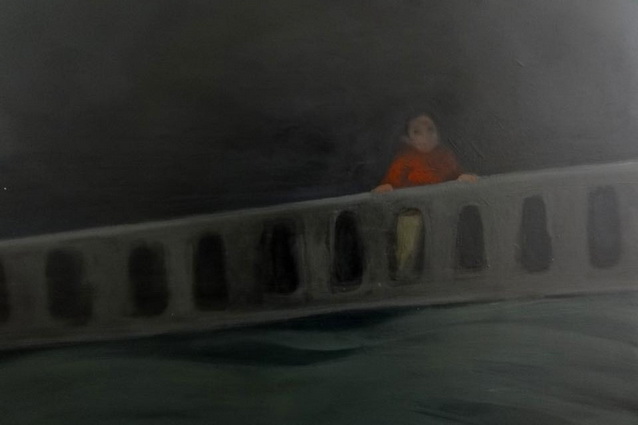 A 2017 work by Maka Batiashvili, one of the Georgian artists to be showcased at ArtVilnius. Photo: courtesy of artist/Project ArtBeat.

Tbilisi-based Maka Batiashvili’s works have been described by Project ArtBeat as posing questions on existential issues.

Ostensibly unmediated figures and the intense color scheme in Batiashvili's work share stylistic tendencies with the early modernist painting traditions of Georgia and Europe”, said the art platform profile on the artist.

Batiashvili has featured in personal and group displays at venues and events including START Art Fair at Saatchi Gallery in London and TBC Gallery in Tbilisi. 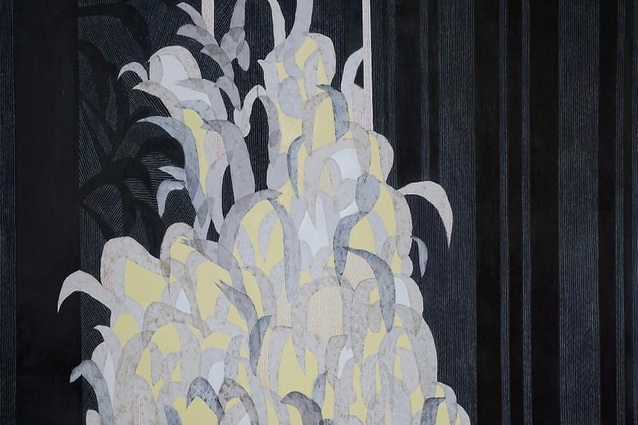 George Gagoshidze also exhibited his works at the Galera venue in Vilnius in 2015. Photo: courtesy of artist/Project ArtBeat.

Also pursuing artistic work in Georgia’s capital, George Gagoshidze is known for works on the boundary of abstraction and landscape, "inspired by the mountainous landscapes” the artist grew up in.

His works have been on display at venues including Baia Gallery in Tbilisi and Galera in Vilnius.

The third artist of the Georgian representation at ArtVilnius is Levan Mindiashvili, based in New York.

Themes in Mindiashvili’s work include issues of memory and identity and represent artistic study of post-Soviet culture in Georgia. 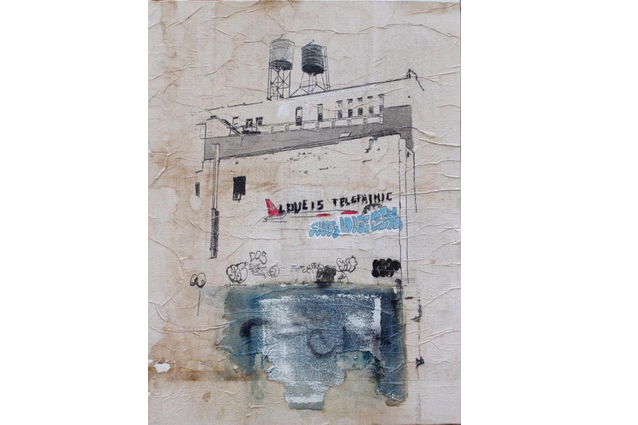 A 2017 work ‘Love is Telepathic’ by Levan Mindiashvili. Photo: courtesy of artist/Project ArtBeat.

His creations have been highlighted at this year’s Art Dubai fair as well as VOLTA New York fair. Tartu Art Museum in Estonia was another venue where Mindiashvili featured in a 2016 group exhibition Aesthetics of Repair in Contemporary Georgia.

The three Georgian artists will have the opportunity to present their works in Vilnius thanks to the mission of Project ArtBeat, aimed at introducing "carefully selected Georgian and Caucasian artists and their works to the international community".

Established in 2014 as a start-up by Natia Bukia, Natia Chkhartishvili and Salome Vakhania, the platform also organises Moving Gallery, an initiative designed to bring smaller-scale exhibitions to locations across Georgia in a shipping container.

This year’s ArtVilnius fair will feature a focus on video art. Visitors of the event will also be invited to participate in discussions and talks while creative workshops will round off the program.