An exploration of the ever-moving experience of time and place is taking place at the acclaimed Svaneti Museum in Georgia’s north, where works by New York-based artist Levan Mindiashvili are on display.

Mindiashvili’s installations arrange architectural and natural elements to reflect the flowing character of the universe, within the display titled Here.

The exhibition launched at the 2016 European Museum of the Year Award-nominated venue in the highland town of Mestia on Sunday. 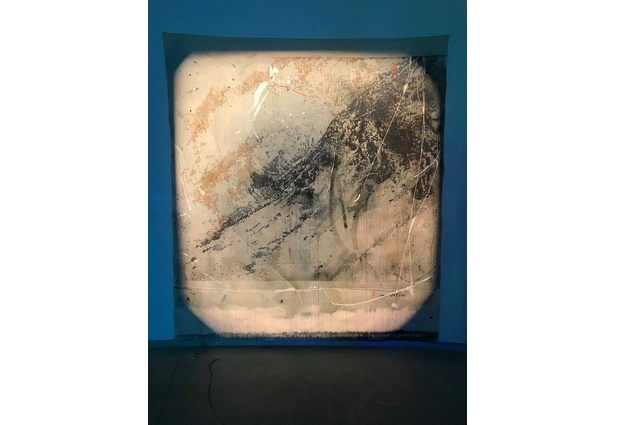 An element in the artist’s installation featured in the show. Photo: GNM.

Presented by Project ArtBeat, the display highlights installation materials and techniques also designed to feature the transitional states of perception, a theme of the show.

Mindiashvili attended the opening event for Here on Sunday, answering questions from visitors of the venue located on Ioseliani Street in Mestia. 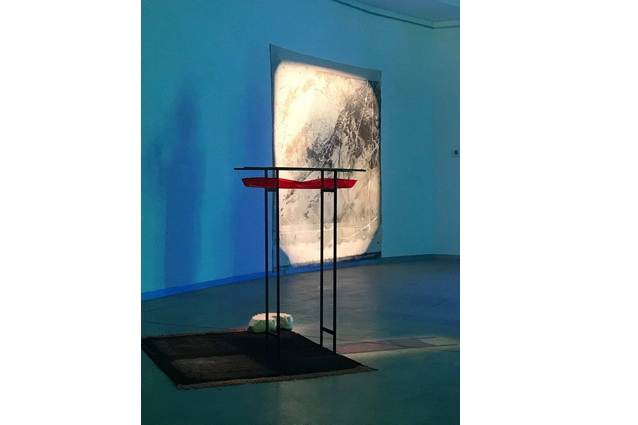 Mindiashvili’s selection for materials and techniques is designed to reflect the theme of the display. Photo: GNM.

The Georgian artist received artistic education at the Tbilisi State Academy of Arts and the National University of the Arts of Buenos Aires. 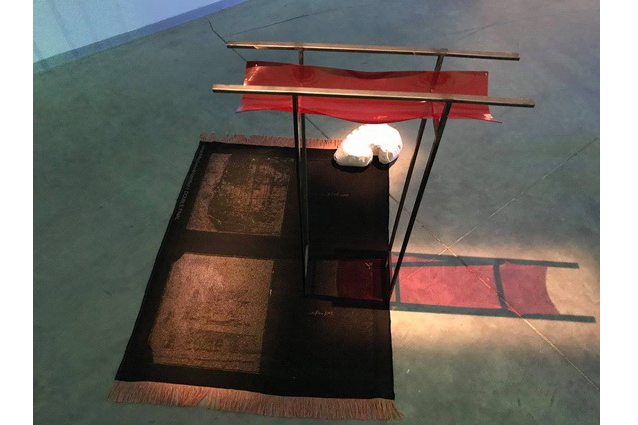 His past artistic series include Borderlines, which focused on the connection between urban landscapes and identity and was exhibited at the Lodge Gallery in 2014.

The Brooklyn-based artist’s portfolio also includes the 2016 display Unintended Archaeology, for which he collaborated with another Georgian artist Uta Bekaia.

The Svaneti Museum of History and Ethnography will host the display Here through September 10.