Tbilisi-based gallery Project ArtBeat will showcase works by Georgian artists Levan Mindiashvili and Konstantin Mindadze among exhibits from worldwide art venues at the Art Dubai fair in the United Arab Emirates next week.

The two creators will be featured at the event promoted as the "most global of art fairs” and involving over 90 galleries from more than 40 countries.

At the 11th edition of the Dubai fair, Project ArtBeat will take up booth C1 within the Contemporary section of the show.

See the teaser for Art Dubai fair below:

Born in Tbilisi but currently based in New York, Mindiashvili’s artistic practices cover subjects including memory and identity.

After his work received initial recognition in Germany, Mindiashvili moved to Buenos Aires in 2008 to graduate from the Art University of Argentina’s capital with a degree in multidisciplinary projects.

In New York the Georgian artist is represented by The Lodge Gallery, which showcased his works at VOLTA NY fair earlier this month. Mindiashvili’s recent appearances with Project ArtBeat included a display of his creations at the Kyiv Art Week fair last year. 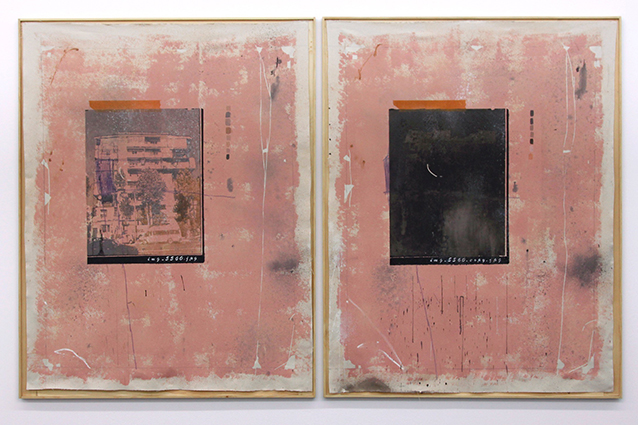 Konstantin Mindadze was also born in the Georgian capital of Tbilisi but later moved to the Netherlands where he studied at the Graphic Lyceum of Rotterdam and the Gerrit Rietveld Academy in Amsterdam.

The Georgian creator’s first practices emerged with "destruction of works made during studies”, said Project ArtBeat. The artist’s interests include the themes of "mental and biological reactions” and "lifecycle and death”.

He is a member of the Arti et Amicitiae association of artists in the Dutch capital, which was founded in 1839 and is recognised for its role in the local art field.

Project ArtBeat aims to "show works by carefully selected Georgian artists to the international community” via the gallery’s participation in art fairs and exhibitions as well as its online platform.

Along with the Contemporary category, the Art Dubai fair will also feature the Modern section, serving as a platform for "showcasing museum-quality works by modern masters from the Middle East, Africa and South Asia”, said the fair’s hosts.