Unique Georgian museum is a candidate for top European award

Georgia’s unique Svaneti Museum of History and Ethnography has been named as the candidate for next year’s prestigious European Museum of the Year Award (EMYA).

The announcement was made today by the European Museum Forum (EMF) in the form of a Facebook post, in the latest daily announcement of nominees for the 2016 EMYA prize.

The European museum authority handpicked 49 museums from all over Europe to contest the prize that recognises overall excellence by judging candidates on their contribution to visitor experience and innovation in presentation. 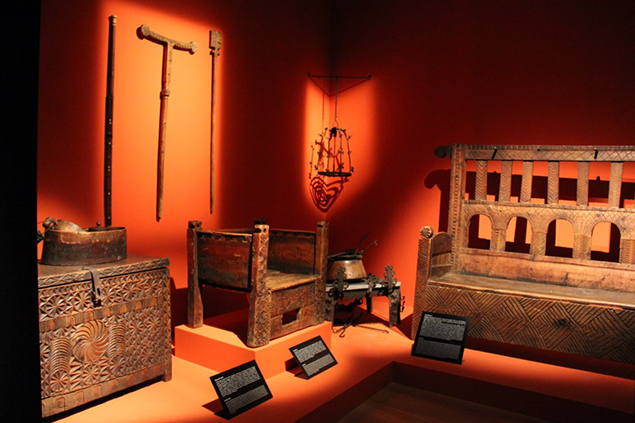 An exposition room in the Svaneti Museum. Photo from www.museum.ge.

The Svaneti Museum recently underwent major renovation, which included modernizing its exposition space and creation of a restoration laboratory.

Established in 1936, the Museum’s collections include manuscripts, ceramics and jewellery as well as icons painted in unique Svanetian style.

The renovation was initiated by the Georgian Government and supported by various international funds and organisations including the Georgian National Commission for UNESCO and the European Union Twinning Program.