Opening the rehabilitated site the Head of President’s Administration Giorgi Abashishvili said the people living in Tskhinvali region (South Ossetia) as well as all the other parts of Georgia has very rich culture which every Georgian should see.

Dating back with the 19th century the Ossetian house has been brought from the region of Java in 1975. 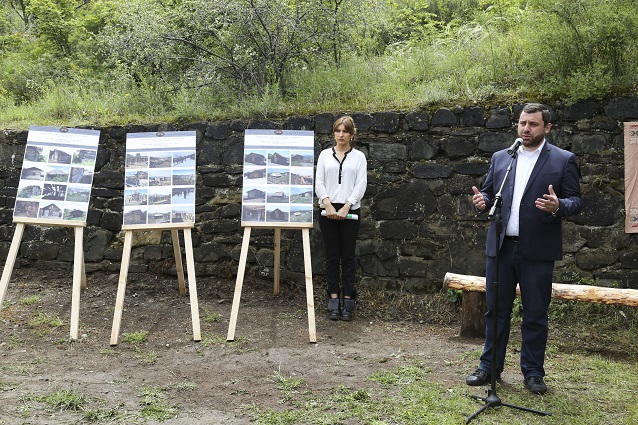 The house has been rehabilitated from the Presidential Reserve Fund in cooperation with the Ministry of Culture and Monument Protection and the Georgian National Museum. Photo by the President's press office

Open Air Museum of Ethnography, located on the hillside leading up to Tbilisi's Turtle Lake recreational park established was created to represent a miniature model of Georgia's ethnic diversity.

Featuring up to 70 different buildings constructed according to customs in the country's regions, the Museum is comprised of 14 zones dedicated to the culture and habits of locals in regional towns and villages.