History enthusiasts and museum-lovers rejoice - a new regional museum is opening in Georgia.

Today the winning project for the Bolnisi Museum space was revealed by the Ministry of Culture and Monument Protection of Georgia.

The new museum will be created in the Bolnisi Municipality in Georgia's south based on a project by architects.ge, a development company that won the Ministry’s contest to build the new museum. 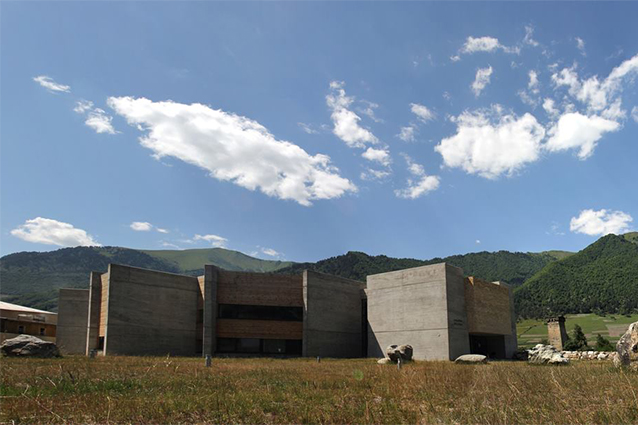 The Bolnisi Museum will be modelled on the Svaneti Museum of History and Ethnography in Georgia's north-western town Mestia.

The Ministry said the winning project would create a museum that offered both an exhibition and educational space suitable to display archaeological expedition artefacts, information on regional monuments and the legacy of the region’s historical cultural ties, including those with the 19th Century German colony in the municipality.

As well as permanent exhibitions of artefacts, the venue will also host "temporary expositions and various cultural and educational events", said the Ministry. The facility would also boast its own library, multimedia archive and conference room and multi-functional public space.

Architects.ge was one of two companies that entered the competition. Construction of the new museum is set to begin next year.

Georgian National Museum director David Lordkipanidze said the new museum space would play a role for the municipality similar to that of the now-iconic Svaneti Museum of History and Ethnography in the mountainous town of Mestia in Georgia's northwest.

Our first attempt at creating an exclusively regional museum was in Mestia, while the Bolnisi Museum will now become the contemporary centre for the Kvemo Kartli region. … This will be the place where active scientific research will be carried out, with archaeological material discovered in the region finding its home in this museum."

The Museum was forecast to open in 2017 – the year of celebrating Georgian culture in Germany and the 200th anniversary of the settlement of German colonists of Bolnisi.

The German settlers left a significant presence in the history of the Georgian municipality after settling there in 1818 following their resettlement from Swabia.

All German residents not married to Georgians were forcefully resettled to Siberia and Kazakhstan by the Soviet authorities after the German invasion of the Soviet Union in 1941.