Over a dozen Georgian artists are exhibiting their works at the Beijing International Art Biennial that launched last Sunday, marking Georgia's first ever participation in the global event.

Held at Beijing's National Art Museum of China, the seventh edition of the fair involves 600 exhibits by artists from 102 countries.

Among them are 15 artists from Georgia, featured by Tbilisi-based Project ArtBeat and T.G. Nili Art Space. 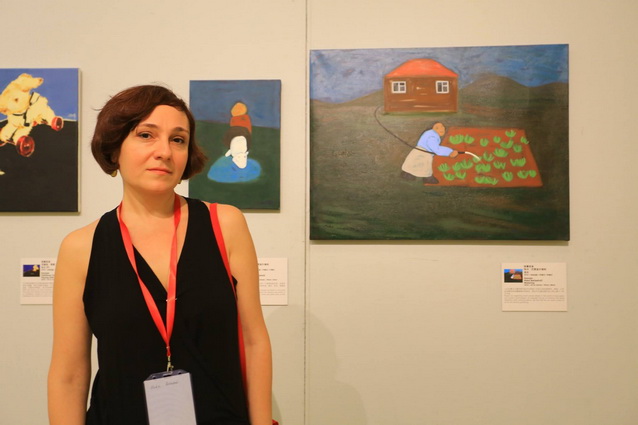 Artist Maka Batiashvili photographed next to her works at the biennial. Photo: Georgia's Embassy to China press office.

These include Mai Lashauri, Levan Mindiashvili, Lado Pochkhua and Maka Batiashvili, all of whom have been featured at international fairs and exhibitions this year.

The theme of this year's fair is The Silk Road and World’s Civilisations, focusing on exchange of ideas and "integration of contemporary East-West cultures". 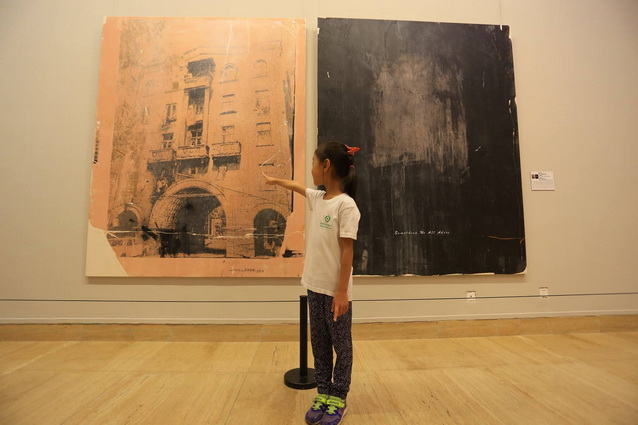 Works by the Georgian artists mark the country's first ever participation in the event. Photo: Georgia's Embassy to China press office.

Subject matter of the exhibits is not limited to depicting the ancient Silk Road sites, not just nostalgia, but rather we focus on the Silk Road spirit - show the spirit of mutual learning of the world civilisations", said a summary from the organisers.

The event also coincides with celebrations of 25 years of diplomatic relations between Georgia and China this year.

The anniversary will also be marked with an international display in Georgia's capital, with the Tbilisi History Museum (also known as Karvasla) and the State Silk Museum expected to become venues for the exhibition.

The Beijing International Art Biennial will run in China's capital through October 15.