We have made the right decision at the moment”, Nika Melia announced, adding that his party will spare no efforts to fight with former ruling Georgian Dream party chair Bidzina Ivanishvili’s oligarchy.

However, Melia noted that his party will not sign the EU-mediated document despite their respect to the foreign dignitaries. The UNM chair referred to the amnesty bill for convictions stemming from the June 2019 protests in Tbilisi.

There is one clause in this agreement that is categorically unacceptable and in view of all this we cannot sign this document”, he explained. 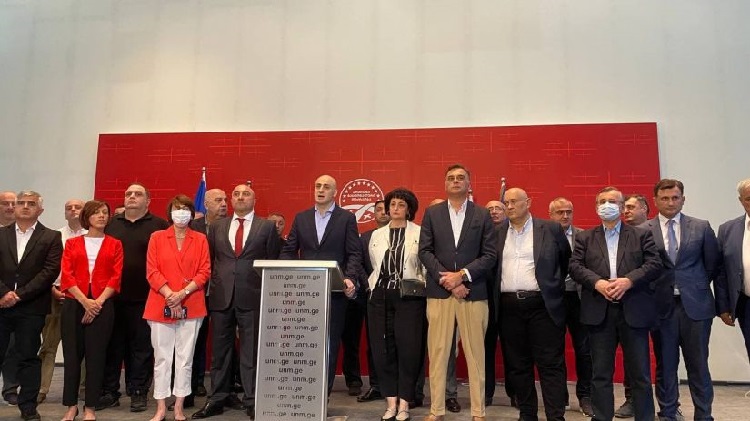 In mid-April, the Georgian ruling party and the part of opposition signed the EU-mediated agreement after the six-month political deadlock following the 2020 parliamentary elections.

Although some of the political parties have entered the parliament after signing the agreement UNM, European Georgia and Labour party refused to do so.

Its chair Melia, who was charged with incitement to violence during the June protests in Tbilisi back in 2019 which were sparked by the presence of Russian MPs in the Georgian parliament, was arrested on February 23, 2021 for refusal to post bail shortly after the parliament approved Irakli Garibashvili's new cabinet.

He was released after the bail worth 40,000 GEL was submitted through the EU following the understanding reached by the political parties on April 19.