Opposition United National Movement members refuse to sign any agreement with the ruling Georgian Dream party until their leader Nika Melia is released from prison.

Nika Melia is detained illegally, [and] the charges against him are absurd”, UNM member Koba Nakopia said, noting that this is his party’s ‘clear position’.

Nakopia spoke in response to the decision of the ruling party to sign the EU-proposed agreement yesterday.

He said that until ‘the chair of the main opposition party is detained’ the agreement with the Georgian Dream is ‘impossible’.

Another UNM member Salome Samadashvili noted as well that if the release of 'political prisoners' and holding of snap elections are included in the negotiation agenda they are ready to continue the mediation.

Representatives of other opposition parties including the European Georgia and the Strategy Aghmashenebeli also say that the release of political prisoners and holding of snap elections are the two key issues that need to be agreed on. 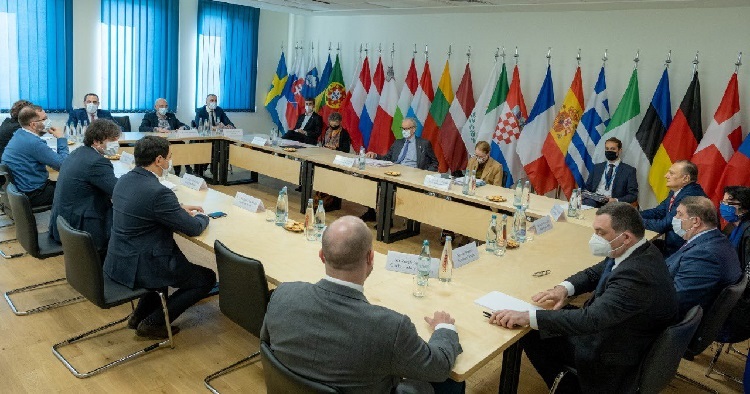 The ruling Georgian Dream party and the opposition have failed to come to an agreement in EU-mediated talks twice this year. Photo: EU Delegation to Georgia

The document offered by EU mediator Christian Danielsson which concerned ‘ambitious electoral and judicial reform’ and offered amnesty for suspects and convicts of the June 2019 protests in Tbilisi was signed by the ruling party yesterday.

European Parliament members who have been calling the political parties in Georgia to make a compromise have welcomed the Georgian Dream's decision. They now call on the opposition parties to follow the example of the ruling party.

The US Department of State's Bureau of European and Eurasian Affairs has meanwhile tweeted today:

The Georgian people deserve a compromise reached by both the government and the opposition. That is the only way to move the country forward. The mischaracterization of our frank conversations in Washington is disappointing.

Having signed the EU-proposed agreement Parliament Speaker Archil Talakvadze said 'the door is open and it is up to opposition to follow'.