Kobakhidze made the remark in response to calls of a part of domestic parliamentary groups and independent MPs for reinstating the document in a bid to help the ongoing implementation of the 12-point conditions set by the EU this year for granting Georgia the membership candidate status.

The ruling party head reminded the opposition of the 100-day delay to the signing of the 2021 agreement by the largest opposition party, the United National Movement, after it was brokered between the sides by the European Council head Charles Michel.

The delay ultimately led to the withdrawal of the ruling party from the document, which obliged its signatories to ensure implementation of large-scale electoral, judiciary and other reforms in the country. 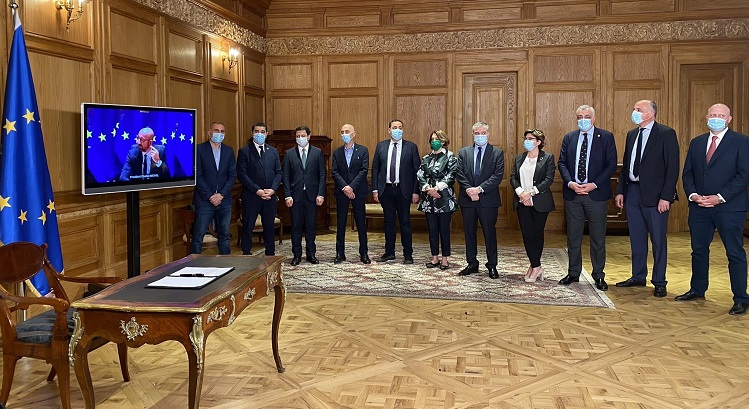 How is it possible to go back to an annulled document? It is impossible, we have no such plans”, Kobakhidze said in his comments.

The ruling Georgian Dream party withdrew from the agreement - which resolved the six-month political standoff in the country following the 2020 parliamentary elections - in July 2021, naming the UNM’s refusal to sign the deal as the basis for the move.

The UNM party, which had won the majority of opposition seats in parliament, refused to join the agreement and other opposition parties were consistently violating the agreement - the ruling party was the only which was fulfilling the deal”, Kobakhidze said after the party’s announcement of its withdrawal from the deal.

The UNM, which received international and domestic backlash for not signing the agreement, announced it would join the document after the ruling party’s move to annule its signatory status.