25 individuals with fever out of 20,000 checked for coronavirus in Marneuli, Bolnisi municipalities

Medics in the Marneuli and Bolnisi municipalities of eastern Georgia have checked 20,000 individuals for suspicious symptoms of the coronavirus, of which 25 have been found to have a fever.

The Georgian Defense Forces have stepped up traffic monitoring efforts at checkpoints set up in Marneuli and Bolnisi municipalities, which were placed under lockdown on March 23 after a local, 62-year-old woman tested positive for the new coronavirus. 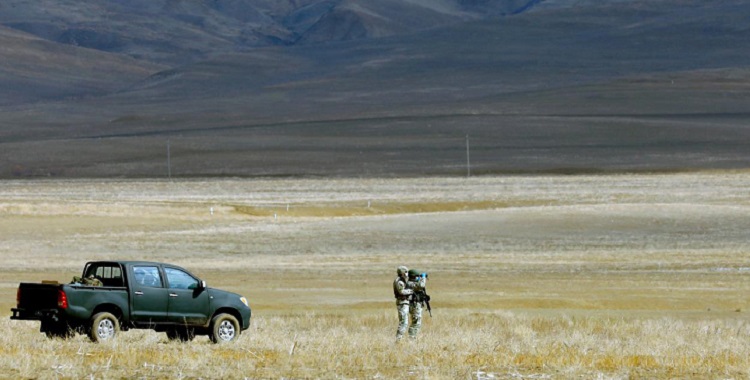 Locals are able to move about only to buy food, medical products or see a doctor. Photo: The Ministry of Defense.

The Defense Forces have also established a twenty-four-hour patrol of the bypass roads throughout Bolnisi and Marneuli municipalities through drones and night vision.

Six stationary and one mobile checkpoints have been set up today to monitor the bypass roads. Also, solid iron barriers have been installed to enhance security”, reports the press office of the Ministry of Defense.

The direct contacts of the infected woman were checked on March 23; only one of them had a moderate temperature and had already been self-isolated.

Groups of local government officials and medical staff have already checked 20,000 people in the region. 25 individuals among them have a fever and only two of them with virus symptoms will be under the observation of medics”, said Prime Minister’s spokesperson Irakli Chikovani at the Interagency Coordination Council’s meeting earlier today.

It was also mentioned that there is no problem in terms of supplying products to supermarket chains in Bolnisi and Marneuli municipalities.

Governmental webpage stopcov.ge, which provides information, news and updates on the coronavirus situation in the country, will be available in Armenian and Azerbaijani languages, as Marneuli and Bolnisi municipalities are inhabited by ethnic minorities.

Medicine and banking services are being provided without interruption to the locals of both municipalities, volunteers are actively involved in the process.

Georgia’s  Agriculture Minister Levan Davitashvili said that all vehicles moving inside and outside the quarantine zone will be disinfected to prevent the spread of the new coronavirus. 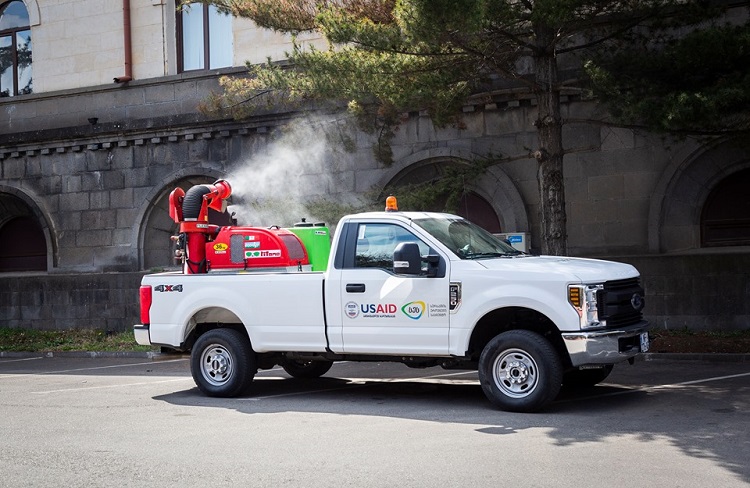 Epidemiologists and doctors are monitoring the population of Marneuli municipality in eastern Georgia. Photo: The Ministry of Agriculture.

The number of confirmed cases of coronavirus has reached 73 in Georgia, with 10 people having recovered since the beginning of the outbreak.

Two of the 73 are Austrian citizens who have already returned home via a chartered flight.

As of now there are 62 people inside the country infected with the virus.