Farmers continue to rally in Marneuli, gov’t calls for patience

Locals in Marneuli municipality, which has been put on lockdown for about a month due to the coronavirus, have continued to rally in the village of Agmamedlo earlier today, demanding ‘active support’ from the government to sell their agricultural produce.

The government says that locals are able to sell their produce to the distribution company Jibe, which enters the municipality regularly to buy produce from local farmers to avoid the spoilage of the goods  and for farmers to receive an income.

The government does say that the process is not perfect due to the current situation in the country due to the coronavirus.

Distribution company Jibe, which says that only last Friday it purchased 16 tonnes of produce from the municipality farmers, was present in Marneuli today.

We purchased 16 tonnes of produce on Friday. We were unable to enter the municipality during the Easter holiday. However,  we re-entered the municipality to purchase the produce as soon as the holiday was over, on Tuesday,' the company representative said.

Local officials say that the opposition stands behind the rallies in the municipality, allegations which are dismissed by the opposition.

The officials say that the government has done its utmost to help local farmers in the ‘very-complicated situation.’ 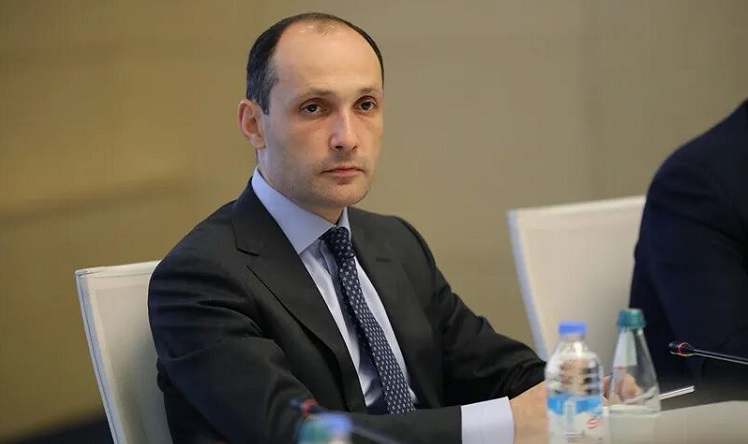 Agriculture Minister Levan Davitashvili says that movement restrictions will be gradually lifted starting from the next week. Photo: IPN.

They urged locals to maintain mandatory distance while selling their produce to the distribution company.

Locals are complaining that the price offered by the distribution company for their products ‘is too low.’

Kakheti governor Irakli Kadagishvili said that an open market will open in the village of Kabali, Lagodekhi municipality next week where locals will be able to sell their produce.

He said that another market for fruit will also open in Gurjaani municipality.

Agriculture Minister Levan Davitashvili says that the coming four-five days will be complicated in the country in the fight against the coronavirus, while starting from April 27 movement restrictions will be gradually lifted and farmers will face less problems in the sale of their products.