Georgian citizens are being evacuated from the Chinese city of Wuhan in Hubei province, where the new coronavirus originated.

The citizens evacuated from Wuhan are taken to hospital for further medical observation.

Thank you to #France for evacuating 2 Georgian nationals from coronavirus-hit #Wuhan in China. As the deadly virus continues to cross the borders, the only way the world can stop the outbreak is by standing together. @francediplo_EN

All of the Georgian citizens will go through a two-week quarantine before arriving to Georgia. 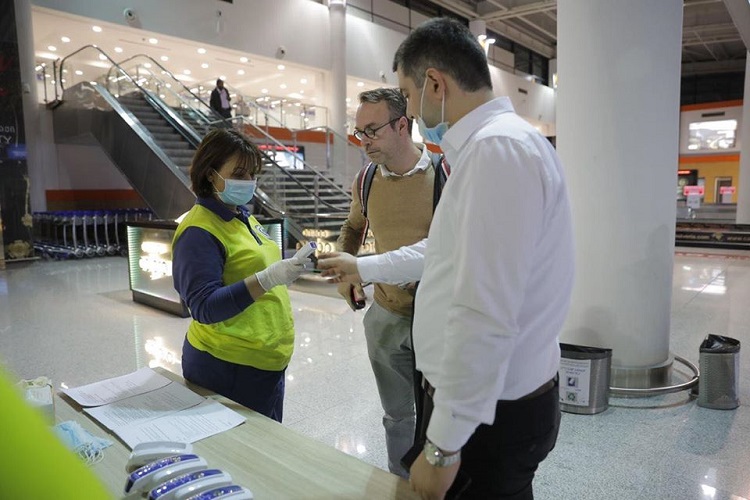 Georgian doctors are examining passengers as well as providing them with information on the symptoms of the virus upon arrival at the Georgian airports. Photo: Georgian Heath Ministry/Facebook

Georgia has temporarily suspended direct flights with China to prevent the spread of coronavirus. Passengers travelling from China to Georgia are also being examined.

Calling on the population to avoid any panic, the Georgian National Disease Control Centre announced yesterday that none of the cases of coronavirus have been revealed in Georgia so far.

Georgia spares no efforts to prevent coronavirus. The health system of the country is in full readiness and is capable of provide the necessary emergency assistance in compliance with modern standards even if the virus will spread”, the Centre stated.

Initially, there were ten Georgian citizens in Wuhan. However, some left China amid the outbreak of the new coronavirus themselves, while three preferred to stay in the city, the Georgian Foreign Ministry reported.

It further noted that as of now, there are up to 200 Georgian citizens in different parts of China. However, they are away from the epicentre of the virus.