Two Georgians who were in China screen negative for coronavirus

Two Georgian citizens with flu symptoms who came to the country from China, have tested negative for the new coronavirus, head of the Georgian National Disease Control Centre Amiran Gamkrelidze stated earlier today, after receiving test results from the Netherlands.

Georgia sent the blood samples of the patients to the Netherlands at the end of last week as at that time Georgia was unable to test people for the 2019-nCOV virus, which originated in the city of Wuhan of China at the end of 2019 and has already killed 425.

The Georgian Health Officials initially said that the blood samples would be sent to Germany. However, later they changed the decision.

Starting today Tbilisi Lugar Lab will be able to test for the presence of the new coronavirus.

The virus which has already spread to 24 foreign states has not been detected in Georgia. 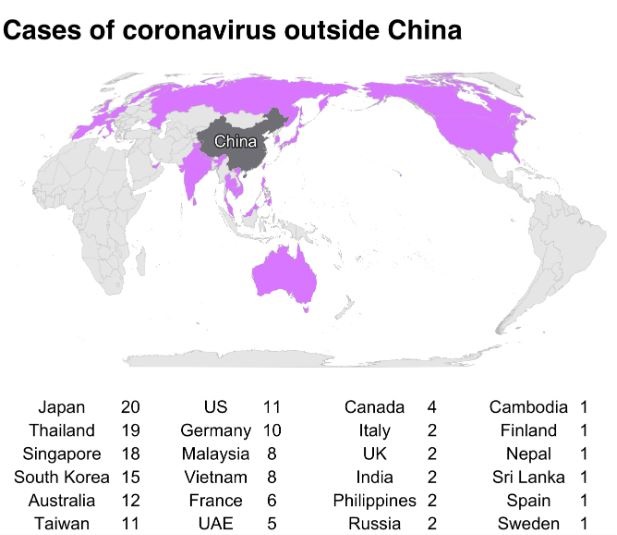 Five Georgian citizens who have been evacuated from Wuhan with the help of Turkey and France have also tested negative for the virus.

As of now there are more than 20,000 confirmed cases of the virus in China and more than 150 cases outside China.

Georgia has temporarily suspended direct flights with China to prevent the spread of the new coronavirus.

Georgian Prime Minister Giorgi Gakharia said that the healthcare system is ready to efficiently respond to the challenge of the coronavirus if it appears in Georgia.

The new coronavirus, which is thought to have emerged from illegally traded wildlife at a seafood market in Wuhan, China, can spread between people.

The incubation period of the virus is around two weeks. It causes severe acute respiratory infection and symptoms mostly start with fever, followed by a dry cough.