The Georgian parliament has passed the election bill drafted with the mediation of the diplomatic corps in its third and final reading earlier today.

117 MPs voted for and three went against the bill which will institute a more proportional electoral system for this autumn’s parliamentary elections.

The United National Movement and European Georgia opposition parties refused to participate in the vote, stating that with the continued incarceration of the co-founder of opposition-minded TV channel Giorgi Rurua, the ruling party ‘did not fully abide by the March 8 election agreement.’ 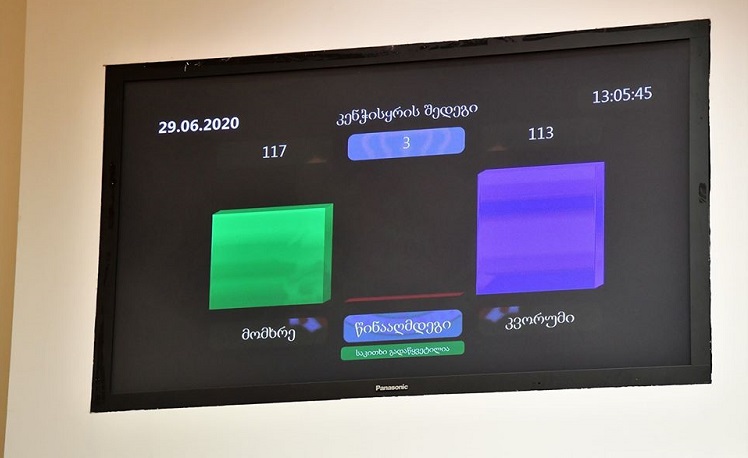 The ruling Georgian Dream party says that all its 92 MPs voted for the bill in the 150-member parliament. Photo: parliament of Georgia press office.

The final vote was preceded by the opposition’s critical statement of the German ambassador who said that ‘Rurua was not mentioned’ in the March 8 election agreement which was mediated by the diplomatic corps.

Opposition leader Shalva Natelashvili accused the ambassador of ‘being bribed by the ruling party head Bidzina Ivanishvili,’ while the United National Movement MP Salome Samadashvili said that the ambassador ‘has made several diplomatic mistakes.’ 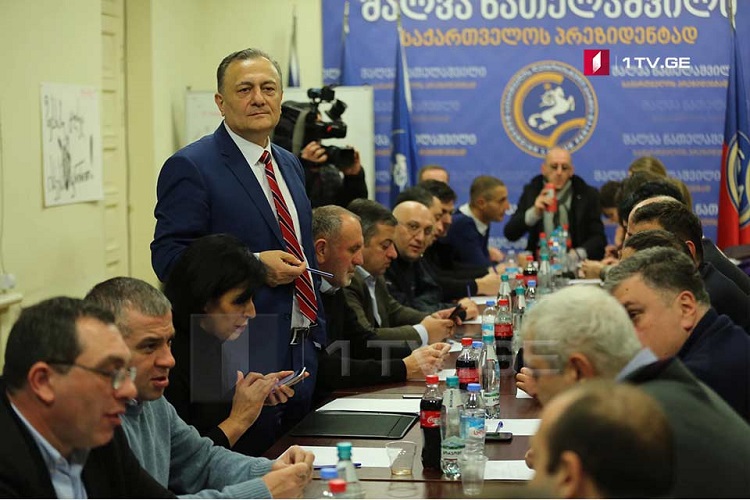 The opposition which supported the constitutional amendments refused to vote for the bill because of Rurua. Photo: 1TV.

The ruling party says that the opposition’s refusal to participate in the ‘historic vote’ was a violation of the March election agreement.

The Georgian Dream MPs stated that the opposition ‘has once again proved they are destructive.’