Georgian Prime Minister Giorgi Gakharia says that through the passing of the election bill earlier today, ‘Georgia has taken another important step to ensure its European and Euro-Atlantic future.’

The new electoral system which was adopted demonstrates the Georgian Dream's strong will to consistently implement the most important changes for the country, which no other political force has been able to achieve, and which serves to further consolidate a European parliamentary democracy in Georgia,” Gakharia said.

Georgia will ensure high-class, free, fair and democratic elections in the autumn. I expect the country’s enemies will not be in the future parliament,” Galharia said. 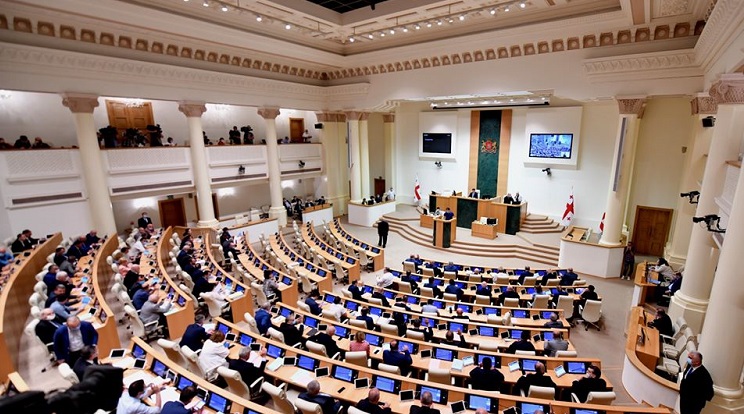 Ruling party says that all its 92 MPs participated in the vote and voted for the bill per the M,arch 8 election agreement. Photo: parliament of Georgia press office.

The ruling Georgian Dream party says that the adoption of the bill ‘concluded the March 8 election agreement’ signed and agreed to by all of Georgia’s political parties via a Memorandum of Understanding and a Joint Statement, ‘both brokered and strongly supported by representatives of the United States, the European Union, Germany, and the Council of Europe.’

The Georgian Dream says that foreign ambassadors urged all Georgian political parties to abide by the agreement and move expeditiously to enact constitutional amendments that ‘codify electoral reform.’

The opposition factions United National Movement and European Georgia refused to participate in the vote despite the emphatic urging to do so by Western ambassadors and governments,” says the ruling party.

The party said that due to the government’s ‘rapid and decisive response’ to the global pandemic, Georgia has been cited by global leaders and institutions for its effective response to the Covid-19 pandemic.

As a result, Georgia’s leading health official announced that the current epidemiological situation in Georgia will allow elections to be held in October 2020,” the party started. 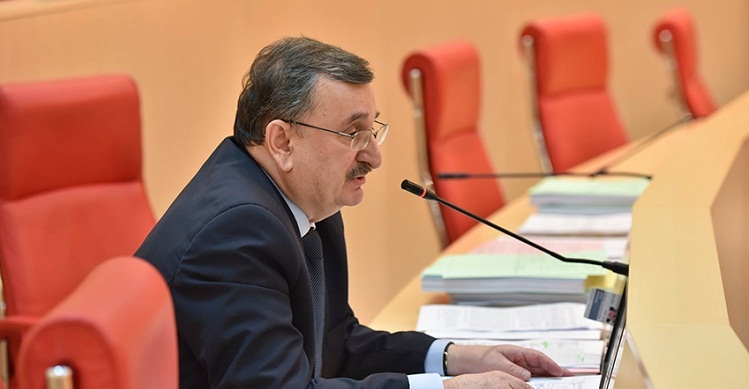 Ruling party MP Irakli Kobakhodze said that unlike the opposition the ruling party ‘fully abided by the March 8 election agreement.’

Today the country has the only loser: the destructive, radical and criminal opposition which rudely violated the March 8 election agreement,” Kobakhidze said.

The opposition says that the ruling Georgian Dream party and its founder Bidzina Ivanishvili are ‘responsible’ for the opposition’s refusal to vote for the bill.

They say that the ruling party 'refuses to fully abide’ by the March 8 election agreement and release co-founder of opposition-minded TV channel Mtavari Arkhi Giorgi Rurua.

The opposition also says that the ruling party ‘was forced’ to pass the changes ‘due to international pressure.’