Court refuses bail for Rurua ahead of today’s ‘historic vote’

Tbilisi City Court has once again refused bail for the co-founder of the opposition-minded TV channel Mtavari Arkhi Giorgi Rurua, who was charged with the illegal possession of firearms last year.

The denial came several hours before a vote on an election bill in parliament today which proposes a more proportional electoral system for the autumn parliamentary elections, per the ruling party and the opposition March 8 election agreement.

The United National Movement and the European Georgia opposition parties refused to participate in the vote, stating that Rurua’s continued incarceration means the ruling party is ‘not fully abiding by the March 8 agreement’ which was mediated by the diplomatic corps.

Rurua urged the opposition to vote for the bill in its third and final reading today as the amendments ‘are in the interests of the Georgian people and are supported by the country’s foreign allies.’

The ruling party says that the March 8 election agreement did not include the release of opposition leaders Gigi Ugulava, Irakli Okruashvili orRurua and that in not voting for the bill ,the opposition ‘violates the March 8 agreement.’ 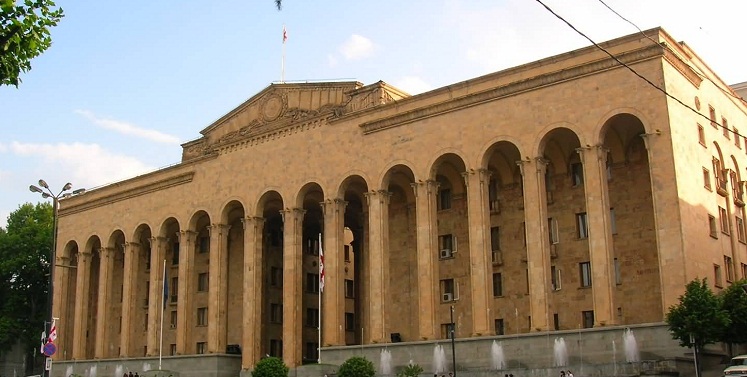 The parliament is scheduled to vote on the election bill later today in its third and final reading.

The German ambassador to Georgia last week also said last week that Rurua was not mentioned in the March agreement. His statement was criticised by the opposition.

Opposition leader Shalva Natelashvili said that the German ambassador ‘is funded by the founder of the ruling Georgian Dream party Bidzina Ivanishvili.’

The opposition also say that Rurua ‘is being deliberately discredited,’ referring to the accusations of Tamar Toradze, a woman of Georgian origin with US citizenship, who says that Rurua killed seven of her family members back in the 1990s.

The ruling party says that the government never interferes in issues of the judiciary.