Georgian Foreign Minister David Zalkaliani said Germany is a friend and a strong supporter of Georgia, whose role in Georgia’s European and Euro-Atlantic integration is of the ‘utmost importance’.

Everyone should understand that in Georgia [foreign] ambassadors represent their governments and any attack against them insults their respective countries”, he said.

FM Zalkaliani referred to the recent ‘attack’ of opposition politicians against the German Ambassador Hubert Knirsch over the March 8 electoral deal. In particular, Knirsch told journalists that the co-founder of the opposition-minded TV channel Mtavari Arkhi Giorgi Rurua is not mentioned in the deal.

In response to the ambassador's statement, some opposition politicians, including the Labour Party leader Shalva Natelashvili, have called Knirsch ‘the lobbyist’ of the ruling party chairperson Bidzina Ivanishvili and the ‘protector of a corrupt regime’. 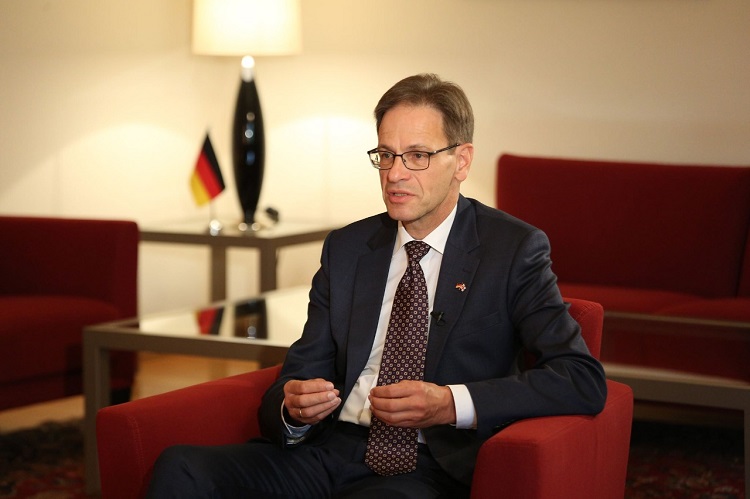 Speaking of support of Georgia’s ‘partner and friendly states’ in its further development, FM Zalkaliani praised the special role of diplomatic corps in Georgia.

I am grateful for sincere respect they express to Georgia and the readiness to contribute to the country’s success on the international level”, Zalkaliani said.

He also expressed his hopes that the recent ‘irresponsible statements’ of opposition will not damage ‘friendly, dynamic and solid cooperation’ between Georgia and the west.