The occupying forces illegally detained a man and his wife living in the village of Khurvaleti near occupied Tskhinvali (South Ossetia) region.

Malkhaz Vanishvili, 30, is the grandson of Davit Vanishvili, whose house and agricultural lands are divided in two by occupying forces for several years now.

The State Security Service of Georgia announced yesterday that the European Union Monitoring mission (EUMM), which is the only monitoring mission patrolling at occupation lines in Georgia, has been informed of the incident.

Davit Vanishvili told the Georgian service of the Voice of America that his grandson was taken to occupied Tskhinvali. 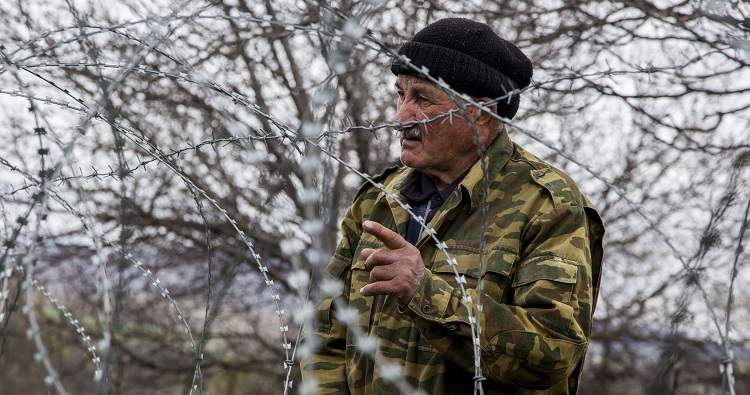 Davit Vanishvili , also known as Data Papa, has been detained several times for crossing the so-called border, which is in his yard. Photo: Nino Alavidze/Agenda.ge.

Data Papa said that at first the servicemen took his grandson Malkhaz on April 15, while next morning they came back for his wife.

Meanwhile, yesterday the occupying forces have carried out “borderisation” activities in Kareli Municipality in central Georgia, which has been condemned by Tbilisi as "destructive" acts amid the global coronavirus pandemic.