A selection of ancient to medieval sculptures from the 'world capital' Rome, tracing an evolution of the art form and its famed creators, will open for visitors of the National Gallery venue in Tbilisi this week.

In Roma Aeterna: Masterpieces of Roman Sculpture viewers will find over 30 exhibits illustrating the development of sculpture art between the 1st century BCE Roman Republic and the 18th century Neoclassicism.

From busts to heads to full sculptures depicting citizens of the major city hub as well as animals and decorative elements, the exhibition will unveil works created in various material.

Speaking ahead of the opening of the show, Ambassador of Italy Antonio Enrico Bartoli said visitors would "see the variety of the [artistic] material from the era and discover the eternal attraction of the 'world capital'". Characters from antique mythology and principal personalities of Christianity will be seen in exhibits featured in the display. 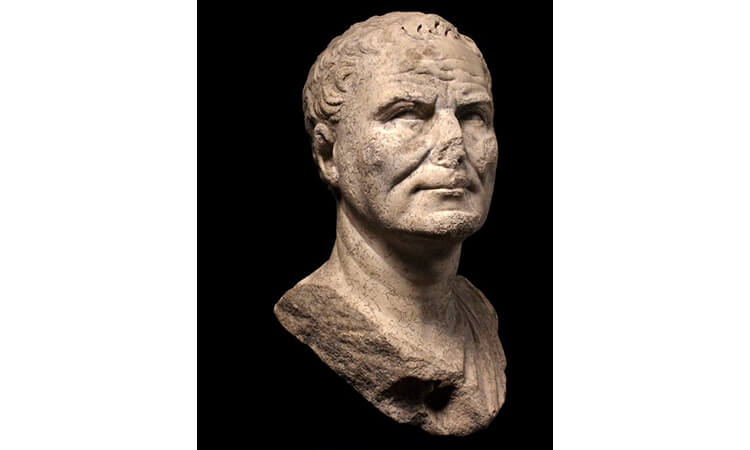 The exhibition will present nearly two thousand years of sculpture [including] faces of Roman citizens in marble, alabaster and porphyry" - Antonio Enrico Bartoli, Ambassador of Italy in Georgia

The Roma Aeterna display is the latest instalment in Vivere all'Italiana, a programme supported by Italy's Ministry of Foreign Affairs and International Cooperation and involving a series of exhibitions in Georgia over the recent years.

The initiative involves the Embassy of Italy in Georgia in collaboration with the Ministry of Education, Science, Culture and Sport of Georgia and the Georgian National Museum network. The sculpture display also sees involvement of the Dino and Ernesta Santarelli Foundation.

The GNM has said the exhibitions in frame of the project had been visited by over 240,000 viewers in Georgia.

The latest exhibition will be hosted at the National Gallery, located at 11, Rustaveli Avenue, between December 12-February 29.