In one of the most anticipated exhibitions of this year, the recently updated Vani Archaeological Museum in Georgia's west is opening its doors on Sunday with a display of exhibits illustrating the life and death of the Roman city of Pompeii.

Compiled by the Archaeological Park of Pompeii, the body tasked with preservation and promotion of the notable site in Italy, the exhibition brings to viewers marble sculptures, glass cutlery and casts of those who died in the eruption of Vesuvius in 79CE that covered the city in lava, among its items.

The selected exhibits have been sourced from those unearthed over the past three centuries at the Pompeii site - the location that became a highlight for studying ancient history upon its discovery in 1748, and has served to reconstruct daily life of Roman provincial cities in the ancient era. 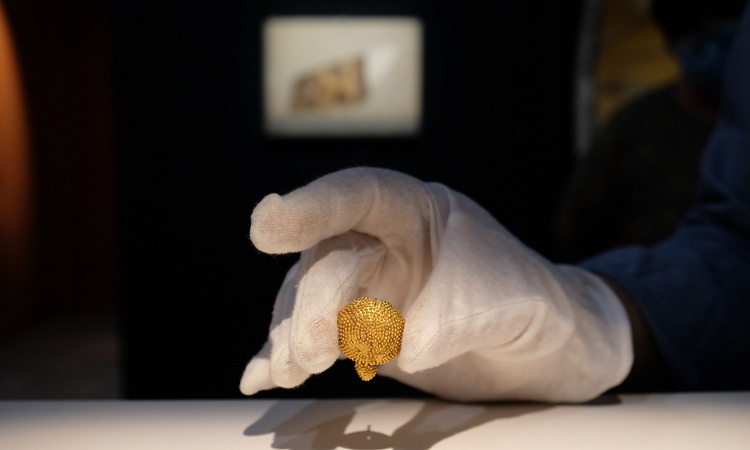 The exhibits include a famed cast of a couple whose remains were discovered in a position of embrace at the site of their death in the city, a scene that has immortalised the Pompeii legend throughout the world.

Candelabras and torches used by citizens of the Roman city, bronze sculptures of religious and mythological personalities, gold accessories, items of daily use and wealth are some of the other attractions selected for the exposition. 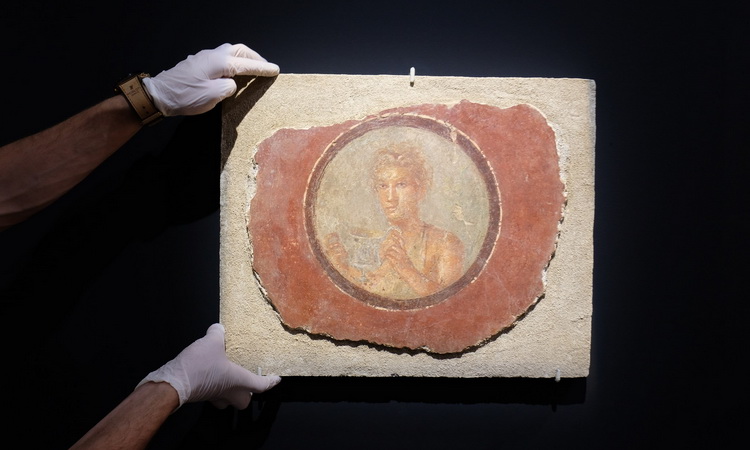 Artwork, items and scenes of Pompeii have been recovered or reconstructed since the discovery of the city's remains in the mid-18th century. Photo: Annie Davarashvili.

The GNM preview for the show said it was "symbolic" that the museum in Vani - a historical town introduced to the international communities of archaeology and history in the 1990s by late archaeologist Otar Lordkipanidze as "Georgia's Pompeii" - would become the one to host the Life and Death display.

The exhibition will be the first non-permanent display at the Vani venue after its renovation that concluded last year, with GNM general director David Lordkipanidze calling the venue a "significant cultural and educational hub". It is now dedicated to the task of displaying riches of the ancient Colchis Kingdom in Georgia's west.

Located at 32 Lordkipanidze Street in Vani, Life and Death – Glory of Pompeii will be on show between July 18 and the middle of September.