Agenda.ge, 22 May 2020 - 16:38, Tbilisi,Georgia
Archaeological riches discovered in western Georiga's Imereti province will find their place at the Vani Archaeological Museum, renovated for the first time in 35 years and unveiled this week.

The venue, which saw rehabilitation work as well as new construction effort, is located in the town of Vani, 40km south-west of regional capital Kutaisi, and completes a complex of infrastructure joining a local archaeological site.

Completed after three years of renovation work - first in 35 years on the museum built in 1981 - the new venue has been equipped with modern amenities in a four-storey building that will house exhibits but also operate as a local hub.

David Lordkipanidze, General Director of the Georgian National Museum, called the newly completed museum a "significant cultural and educational hub" for the locality. It is intended to host scientific conferences and educational events beside displays. 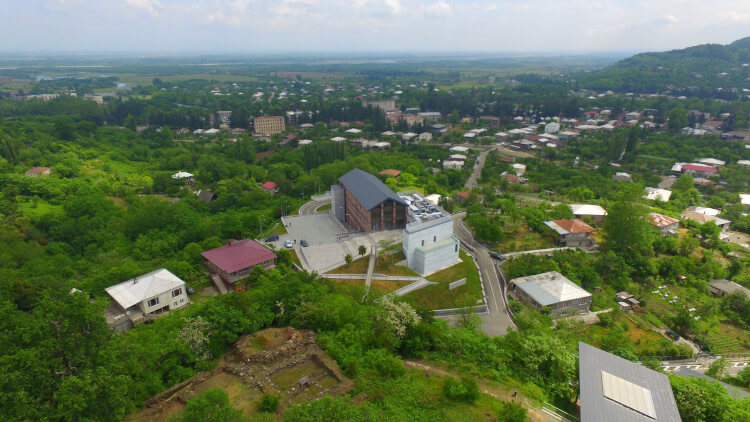 A view of the museum in the vicinity of archaeological works in Vani. Photo via Ministry of Regional Development and Infrastructure of Georgia.

Built as the first archaeological museum in Georgia, its construction was necessitated by discoveries at the Vani Archaeological Complex since the mid-20th century.

These and other exhibits will now be safeguarded in the museum space renovated by the Municipal Development Fund with financial support from the World Bank.

Its unveiling comes just days after the Georgian National Museum network presented the brand-new Bolnisi Museum, located in Georgia's south, to mark International Museum Day and its own 15th anniversary.