The recently renovated Vani Archaeological Museum in Georgia's west will mark its new life by hosting the first display in Georgia about the history of the ancient city of Pompeii starting next month.

Also marking the latest phase in the Georgian National Museum network's collaborations with Italian venues and cultural institutions, the Vani museum will open its doors to audiences visiting Life and Death - the Magnificent Pompeii.

Frescoes, miniature marble sculptures, glass cutlery and other exhibits will illustrate the "affluent Roman lifestyle" of the city that was covered in volcanic eruption in 79CE and only discovered in 1748, leading to reconstructions of its scenes for displays. 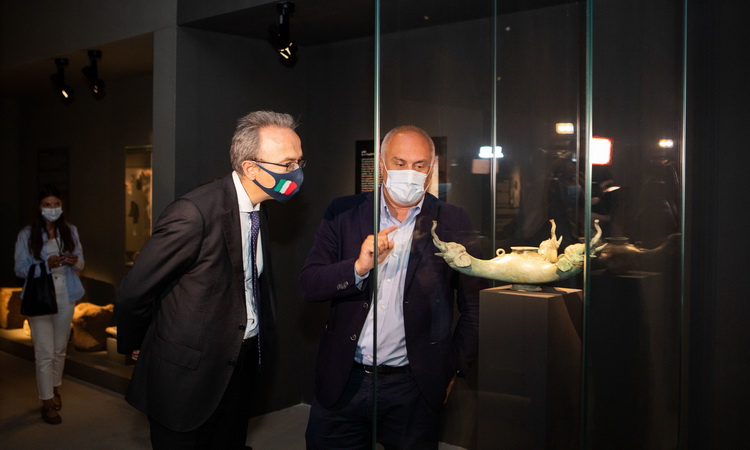 Among some of the notable items will be casts of animals and people who were unfortunate enough to be present in the city as the boiling lava descended on it. These exhibits will include a famed cast of a couple whose remains were discovered in a position of embrace at the site of their death.

Candelabras and torches used in the ancient Pompeii, bronze sculptures of religious and mythological personalities, gold accessories, items of daily use and wealth will be other attractions selected for the exposition.

The GNM preview for the show said it was "symbolic" that the museum in Vani - a historical town introduced to the international communities of archaeology and history in the 1990s by late archaeologist Otar Lordkipanidze as "Georgia's Pompeii" - would become the one to host the Life and Death display.

The Pompeii exhibition will be the first non-permanent display at the Vani venue after its renovation that concluded last year, with Lordkipanidze calling the venue a "significant cultural and educational hub". It is now dedicated to the task of displaying riches of the ancient Colchis Kingdom in Georgia's west.