The Georgian Chief Prosecutor’s Office has launched an investigation into police actions during the June 20-21 rallies in central Tbilisi, which left 305 detained and 240 injured.

The Prosecutor’s Office urged the public to help the investigation and provide footage which may reflect possible misuse or abuse of power by law enforcers during the demonstration.

Public Defender Nino Lomjaria has responded to the statement and urged all law enforcement agencies to cooperate with the Ombudsman’s office regarding the issue. 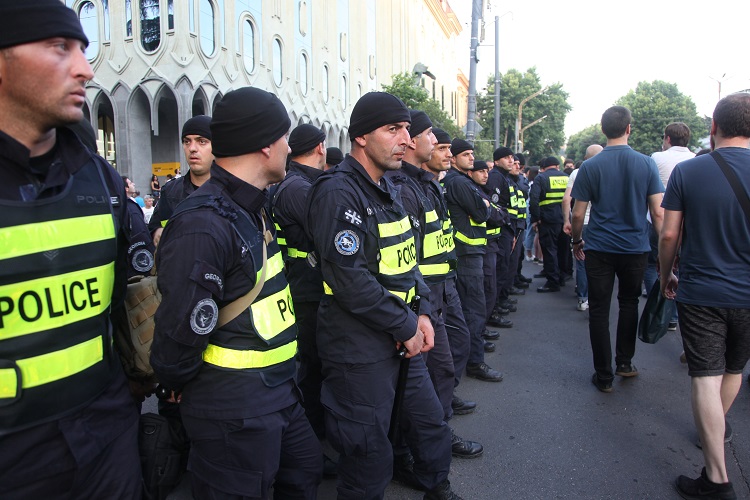 Georgian Public Defender says that there is a problem of managing rallies in Georgia. Photo: Nino Alavidze/Agenda.ge.

Lomjaria said that her office has plans to study and evaluate “systemic problems” of managing demonstrations in Georgia.

We will not work only on June 20-21 rally issues. We will study the problem related to the proper management of rallies and counter-rallies, as well as the issues related to the enforcement of orders on a rally dispersal,” Lomjaria said.

Lomjaria said that in many cases, crowd dispersal takes place through the violation of the right to expression and assembly.

Demonstrators who have been rallying on Rustaveli Avenue in the past few days are demanding an investigation into the dispersal of the June 20 rally and the punishment of law enforcers “who deliberately shot rubber bullets in people’s faces”, leaving several young people without an eye.

The rally, which was sparked by the presence of Russian MPs in Georgia on June 20, is scheduled to resume later today.