10 law enforcers suspended from duty due to June 20 rally

Ten law enforcers have been suspended from duty due to possible abuse of power during the June 20-21 rally in central Tbilisi, sparked by the presence of Russian MPs in Georgia, the Georgian Interior Ministry says.

There were signs of a criminal offence in the case of two law enforces of those ten. All the materials will be sent to the Chief Prosecutor’s Office”, “the ministry reported earlier today.

The ministry said that the peaceful demonstration on Rustaveli Avenue on June 20 was transformed into a violent attack on police which forced law enforcers to use the measures allowed by the law [tear gas, rubber bullets, water cannon]. 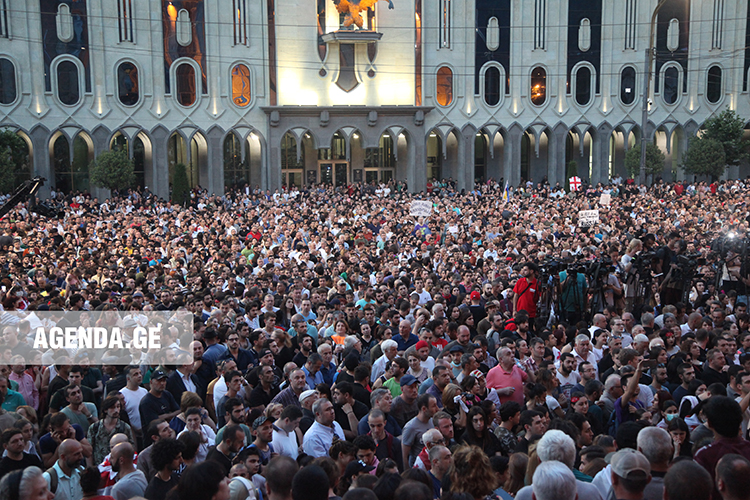 The Prosecutor’s Office of Georgia urged the public earlier today to help the investigation and provide footage which may reflect possible misuse or abuse of power by law enforcers during the demonstration.

Demonstrators who have been rallying on Rustaveli Avenue in the past few days are demanding an investigation into the dispersal of the June 20 rally and the punishment of law enforcers “who deliberately shot rubber bullets in people’s faces”, leaving several young people without an eye.

The rally is scheduled to resume later today.