The United National Movement opposition party says that a demonstration on Rustaveli Avenue will be held at 7 p.m. today as the current Georgian Dream state leadership “has turned into a regime,” and the Georgian people “no longer want their leadership.”

The Georgian people and the government are standing on different sides. Our citizens have many times been deprived of their constitutional rights under the current state leadership; elections have been rigged many times and now they sacrificed the rights and peace in the country to Russian MP Sergey Gavrilov,” a leader of the United National Movement Grigol Vashadze said. 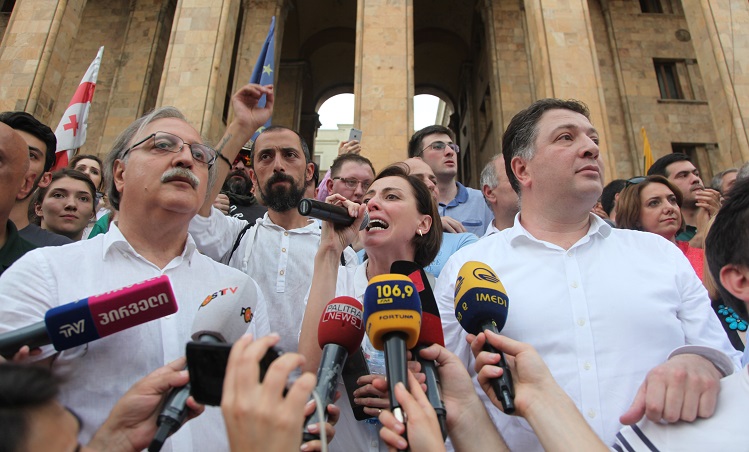 He says that if the government wants to ease the current tension they must meet three demands:

About 240 people received injuries during the rally yesterday on central Rustaveli Avenue in Tbilisi, two of them lost eyesight [in one eye].

Police used tear gas and rubber bullets when demonstrators tried to break a police cordon and enter the parliament building.

Police were shooting rubber bullets into the air at first to make them step back. However, the measure did not work. 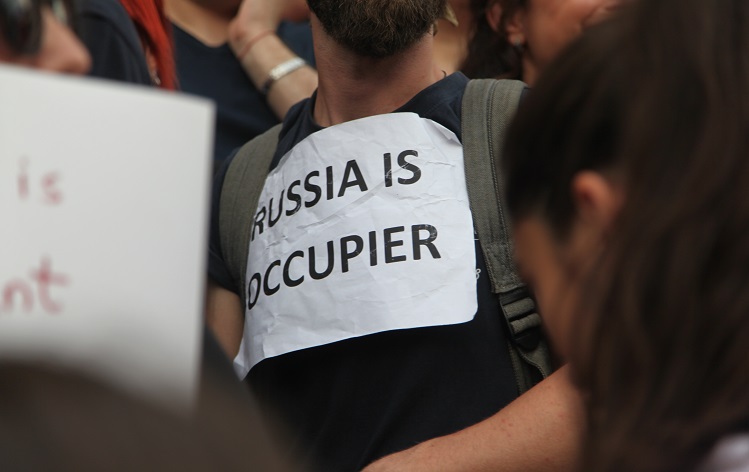 The rally was triggered by an action of a Russian MP in Georgian parliament. Photo: Nino Alavidze/Agenda.ge.

35 injured people have been discharged from hospitals as they received minor injuries.

Georgian Prime Minister Mamuka Bakhtadze said that the “fair protest” of the Georgian people, which was triggered by “a huge mistake” made during the Inter-Parliamentary Assembly on Orthodoxy on June 20 when a Russian MP addressed the audience from the chair of the Georgian parliamentary speaker, was used “by destructive forces.”

Unfortunately, due to the violence organised by the irresponsible and destructive opposition our citizens have been injured. The Georgian police acted within the law to protect the state, its citizens and to suspend the violence,” Bakhtadze said.

Georgian President Salome Zurabishvili, who reacted to the events yesterday, has canceled her meetings in Belarus and is returning to Georgia.

The Parliamentary Speaker Irakli Kobakhidze cancelled his visit in Azerbaijan. 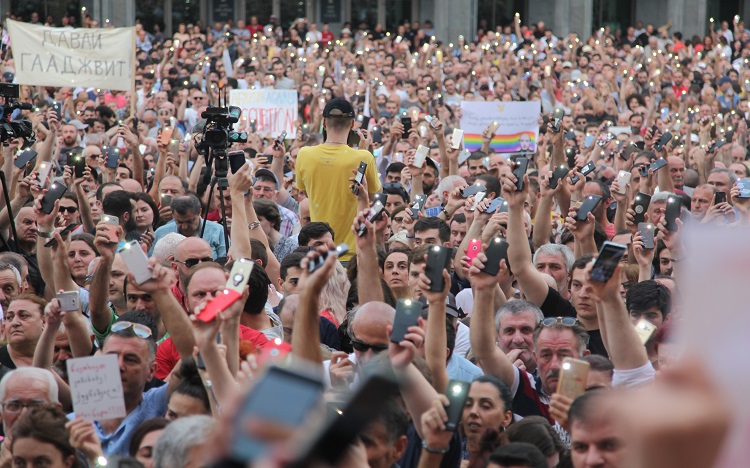 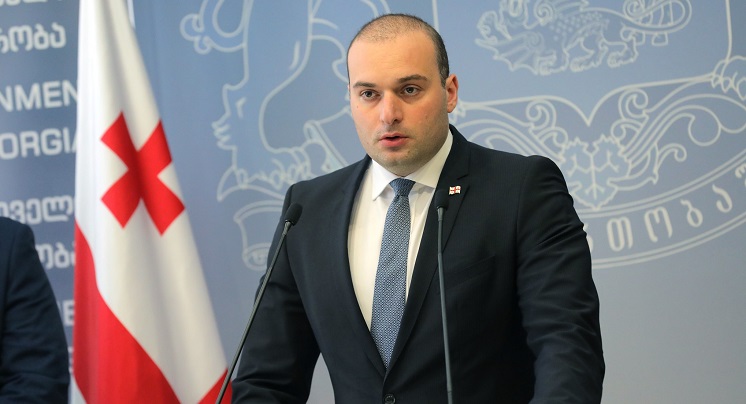