Russian MP Sergey Gavrilov, whose address in the Georgian parliament sparked demonstrations in Tbilisi yesterday, says that the unrest was beforehand planned “by radical Georgian opposition forces,” who used the presence of Russian MPs in the parliament building as a reason to start anti-government rallies.

Gavrilov, who sat in the chair of the Georgian parliamentary speaker and addressed the audience during the 26th Interparliamentary Assembly on Orthodoxy early yesterday, says that the Georgian government members urged the Russian delegation leave the country to ease tension.

However, the situation got worse when we left. What is happening now is an attempt of radical, liberal, anti-state forces to come to power,” Russian media Tass cites Gavrilov as saying.

Gavrilov says that occupying the seat of the Georgian parliamentary speaker was not provocative as he has taken the seat in other countries as well as the president of the assembly.

Radical Georgian political forces are trying to oppose normalisation of relations between Georgia and Russia. We will continue our actions calmly to intensify relations with Tbilisi,” Karasin said. 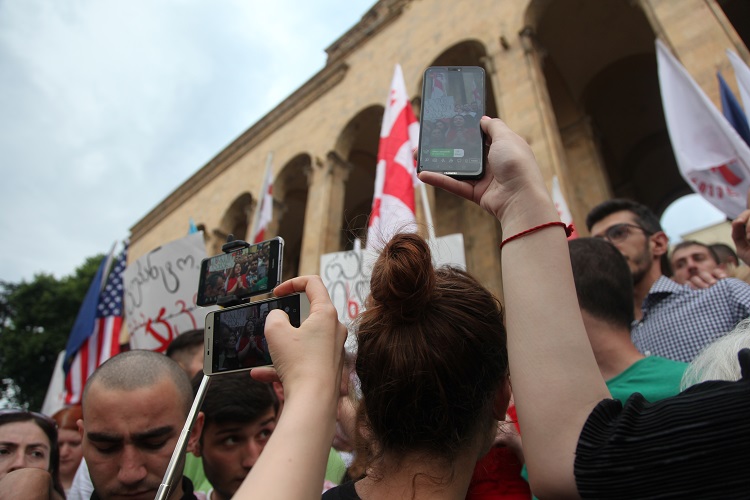 Russian State Duma Speaker Vyacheslav Volodin has criticized the Georgian government for allowing the incident against the Russian delegation during the international forum.

"As an organiser, Georgia was responsible for hosting an important international forum and ensuring safety of its participants. These conditions were just ignored - they failed to hold the event and to protect the Russian delegation from attacks and threats," he said.

More than 50 people were injured at the rally in Tbilisi yesterday, which followed the presence of the Russian delegation in the Georgian parliament and particularly the address made by Gavrilov from the high tribune.

Demonstrators gathered on Central avenue of Tbilisi protested upon the entry of MPs of an occupant country into Georgia and in the country’s legislative body.