Georgian Parliament Speaker Irakli Kobakhidze has resigned amid public protests after a Russian MP addressed the Interparliamentary Assembly on Orthodoxy from the chair of the Georgian parliament speaker in Tbilisi yesterday.

The decision was made by Kobakhidze and the step once again indicates the Georgian government’s high responsibility and accountability to its people,” Secretary General of the Georgian Dream ruling party Kakha Kaladze said.

He stated that the decision “means in no way” that the government has followed the agenda of the opposition, which had demanded Kobakhidze’s resignation.

Kaladze said that the “revanchist and the destructive” opposition triggered violence last night, when “unfortunately, our citizens were injured.”

The police demonstrated a high degree of the duty of care, as well as highest standards. We all agree that the use of force was precipitated by extreme necessity and was completely legitimate.," Kaladze said. 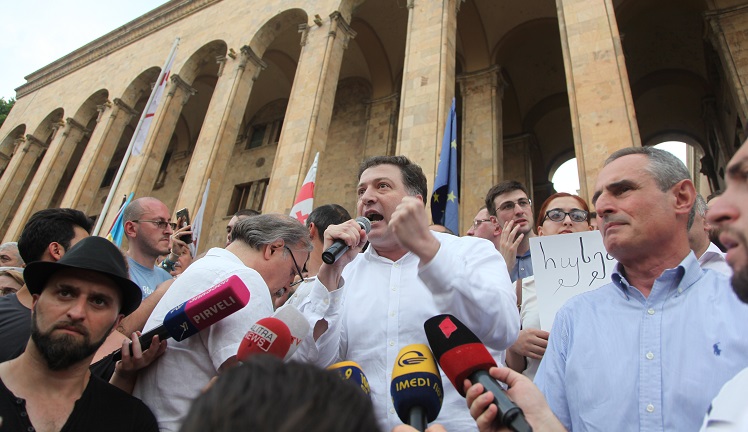 The Georgian Dream ruling party says that the resignation did not take place because of the opposition's demand. Photo: Nino Alavidze/Agenda.ge.

He stated that there could be incidents when law enforcers exceeded their power [as happens during mass rallies] and vowed that such cases would be investigated and the offenders punished.

The Georgian Dream is a democratically elected governing party and it will continue to govern the country with a high standard of democracy. We will not give the forces thirsting for revenge the opportunity to threaten the peaceful development prospects of the Georgian state," Kaladze said.

Both the ruling party and the opposition members condemned Gavrilov’s address in the Russian language from Georgia’s parliamentary tribune, when 20 percent of the country is occupied by Russia.

Prime Minister Mamuka Bakhtadze and the Georgian Dream ruling party vowed that the organisers of the event would be held accountable for the “alarming incident.” 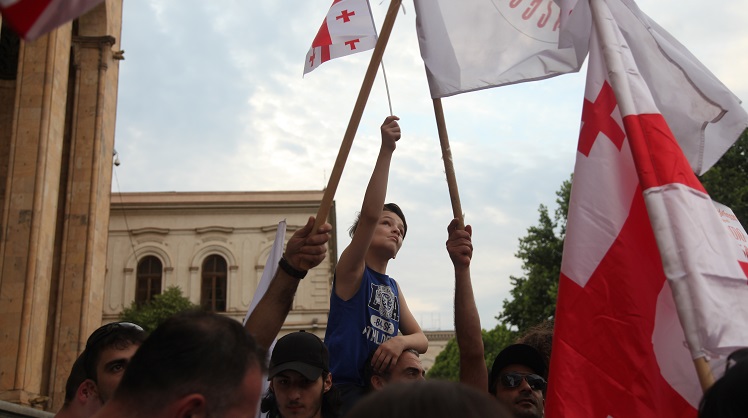 The opposition, which has announced plans for today’s rally on the Rustaveli Avenue, demanded Kobakhidze’s resignation, which is one of their three demands to "ease the current tension".

Kobakhidze, who was elected as Georgian Parliament Speaker in 2016, was in Baku when Russian MPs came to the Georgian parliament meeting.

He said that “it was unacceptable for me to see a representative of an occupant in the seat of the Georgian parliament speaker.”

Kobakhidze suspended his visit to Azerbaijan and returned to Georgia earlier today.

His first deputy [Tamar Chugoshvili] will carry out the duties of the parliament speaker before a new chairperson is elected.

A new parliament speaker should be elected in 14 days. Candidates might be nominated by the parliamentary majority, minority, a faction, or a group composed of six MPs.