He stated the Georgian government will do its best for all the injured to recover.

I feel very sorry for what happened,’ he added.

The teenage girl who has just been discharged will also be provided with medical treatment,” Subari said.

240 people including 80 police officers were injured on June 20 as police dispersed the protest rally in Tbilisi. 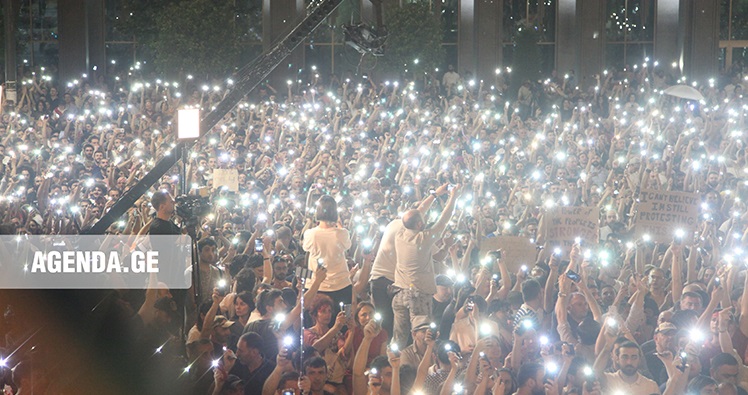 Young Georgian actor Demetre Nakopia, also shot in the eye, was operated on and doctors managed to save his eye.

Early on June 20, Russian MP Sergey Gavrilov occupied the seat of the parliamentary speaker in the parliament to address the audience during the 26th Interparliamentary Assembly on Orthodoxy, being held in Georgia at the time.

The move caused protest amongst the public and opposition MPs.

Protestors gathered by the parliament. Late at night they tried to storm the building despite police warnings calling on them not to violate public order.