One of the world’s most popular bands, Maroon 5, is coming to Georgia this summer for the first time.

Today it was officially announced Georgia was gearing up to host the American pop band, English singer Robbie Williams and other world-famous artists, stage dozens of concerts and provide nationwide tours in a new eight-month cultural project Check in Georgia, which will launch this month.

Check in Georgia will see the country transformed into a vibrant cultural hub, with 19 locations set to host 35 festival and numerous concerts between April 24 and December 4.

Launched with a budget of 29 million GEL (about $12.6 million/€ 11 million*) from the Governmental Reserve Fund, the initiative was announced today by Georgian officials at a special press conference. 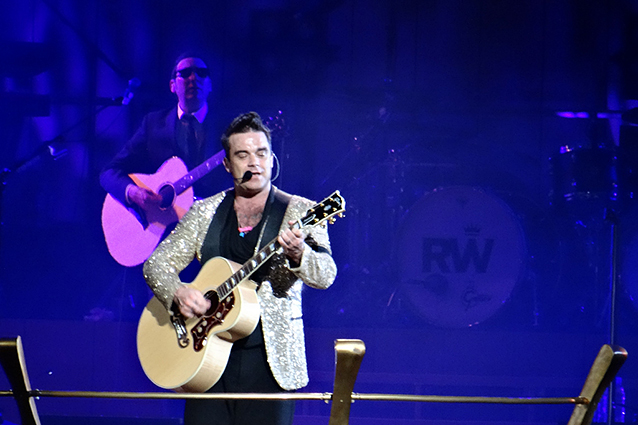 Initiated and organised by the Government of Georgia, Check in Georgia will see a range of performing arts events hosted in 19 Georgian cities.

The Government officials said it was a coup attracting such popular musicians and bands and they wanted to make the four headline concerts affordable for all. Ticket prices for the shows will start at 20 GEL (about $8.5/€7.5*) and range up to 90 GEL (about $39/€34.5*).

The four headline acts will perform on: 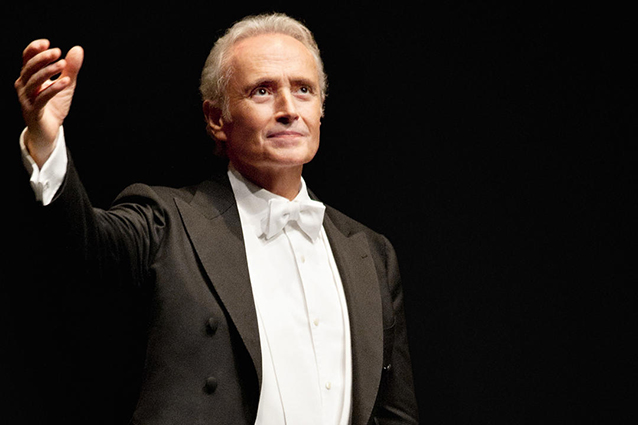 This year a number of annual Georgian festivals will be hosted under the Check in Georgia umbrella, including the Fest I Nova contemporary art festival, the folk art and culture festival Art-Gene, the Georgian International Festival of Theatre, the Tbilisi International Film Festival and Batumi Music Festival.

In Georgia’s Black Sea coastal town Batumi, local artists will have an opportunity to take advantage of a newly created performance venue that will be especially fitted out to hold performances. In an unprecedented move from the Government, the venue will be made available to local producers, singers and musical artists free of charge during the entire summer season. 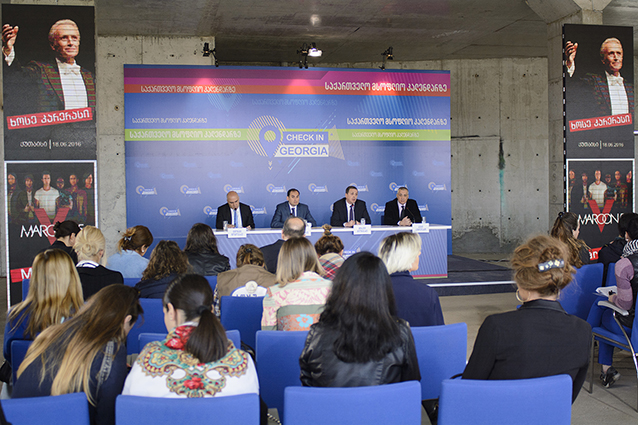 The Check in Georgia creative project was announced by Georgia's Government members at a special press conference today. Photo from Ministry of Culture and Monument Protection of Georgia.

Musical occasions will be complemented by a range of other events including Mercedes Benz Fashion Week, held in capital Tbilisi from May 5-9.

In addition to the Government-organised activities, Check in Georgia will also include events and activities hosted by private companies. Furthermore, agricultural and product displays including wine and cheese festivals will offer the best of local production to visitors.

During the eight-month cultural celebration tour agencies operating in Georgia have planned a range of eco-tourism activities, with bicycle tours, hiking and special visits to Georgia's protected natural areas included in the range of events.

Organisers of Check in Georgia said the project would become an annual fixture and in the future expand to feature a wider range of events.

Tickets to the shows by the headlining artists are already available www.tkt.ge/en.