Check in Georgialaunched with a bang last night with a near sold-out performance by Eros Ramazzotti in Georgia’s capital.

Thousands of revellers sang and danced the night away as the Italian musician and singer-songwriter performed dozens of his hit songs at the Tbilisi Sports Palace in the opening concert of the Check in Georgia eight-month cultural festival.

Ramazzotti’s performance – the first of four headlining concerts within the Check in Georgia cultural festival – began at 7pm last night. Days earlier organisers announced revellers had bought more than 35,000 tickets for Ramazzotti’s concert and another show by British pop star Robbie Williams, who is set to perform in Tbilisi in May. 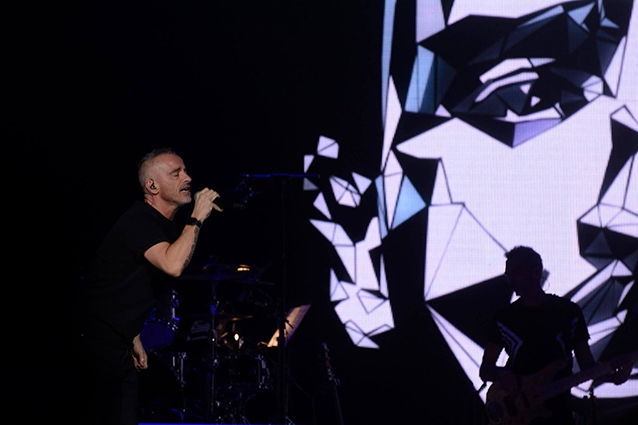 Ramazzotti's show involved visual animations as a backdrop for the singer's performance. Photo by Gela Bedianashvili/Ministry of Culture and Monuments Protection of Georgia.

The tour was named after the singer's new album, which was among the leading records in charts in 60 countries, said the Ministry of Culture and Monument Protection of Georgia in its preview of the show. 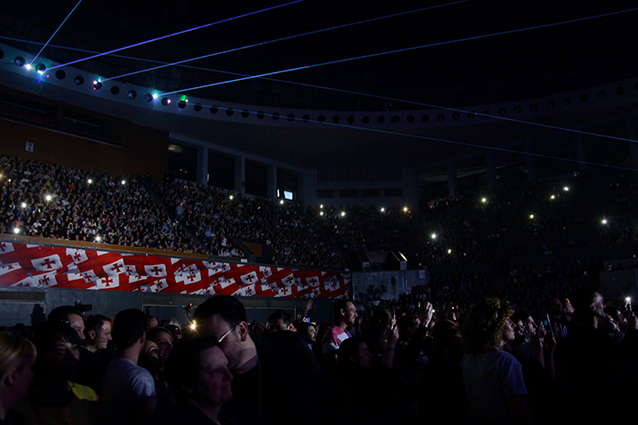 Ramazzotti arrived in Georgia's capital on Saturday, accompanied by a large support team and equipment, transported in five truck and trailer units.

Shortly after his arrival the Italian musician held a press conference with Georgia's Minister of Culture and Monument Protection Mikheil Giorgadze, while Italy's Ambassador to Georgia Enrico Bartoli hosted a special reception for the popular artist.

Speaking to local reporters, the singer said he would dedicate his Sunday night performance in memory of Prince, the iconic American musician who died last week. 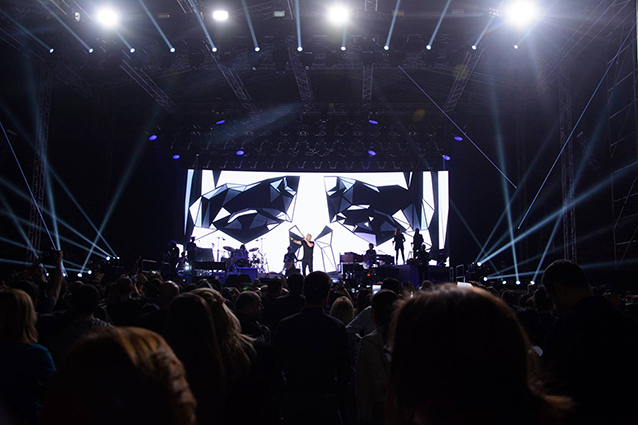 Singer Eros Ramazzotti performs the Georgian leg of his world tour 'Perfetto'. Photo by Gela Bedianashvili/Ministry of Culture and Monuments Protection of Georgia.

Check in Georgia, an eight-month program of cultural and entertainment events will see its next headlining concert take place at Tbilisi’s Dinamo Arena on May 27 where Grammy award-winning singer Robbie Williams will entertain crowds.

Organisers of Check in Georgia said the initiative aimed to transform the country into a vibrant cultural hub, boost tourism and support creation of new jobs for local population.

They said Check in Georgia would become an annual fixture and feature a "progressively more diverse program" every year. 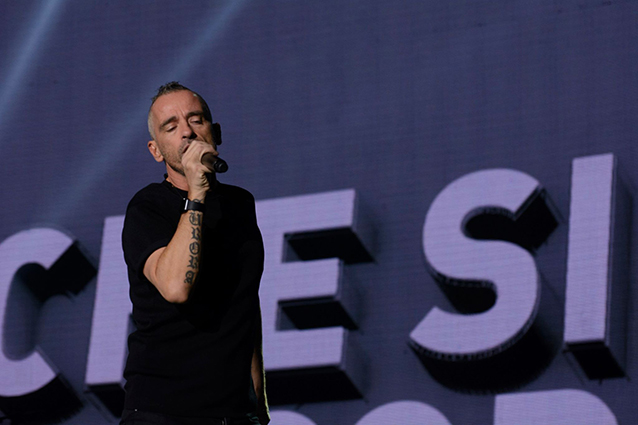 Singer Eros Ramazzotti performs at the Sports Palace in Georgia's capital Tbilisi. Photo by Gela Bedianashvili/Ministry of Culture and Monuments Protection of Georgia.