Check in Georgia:
US pop group Maroon 5 in Batumi for seaside show

Batumi is set to come alive tonight with an epic outdoor performance by one of the world’s most famous current pop groups, Maroon 5.

About 35,000 tickets have been sold for tonight’s show, with gates opening at 7pm in Miracle Square in Batumi – a bustling resort town on Georgia’s Black Sea coast.

Rain has been forecast for this evening but it’s unlikely that will deter the crowd, many of whom travelled from capital Tbilisi and other parts of the country to attend the concert.

Maroon 5 are a Grammy-winning band and are the third headlining show of Check in Georgia, a Government initiative eight-month festival that encompasses 35 events and concerts between April and December 2016. 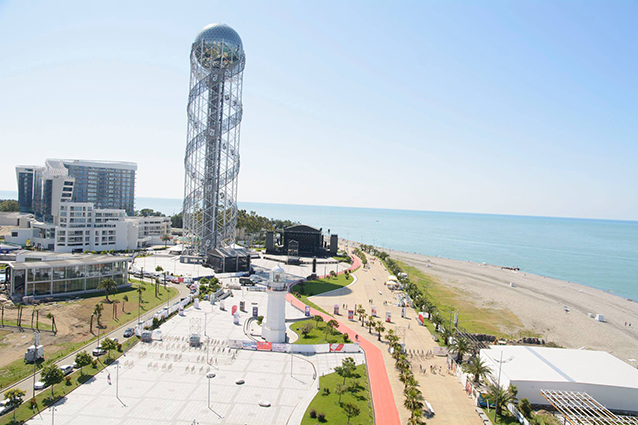 The 35,000m2 concert space was set up in Batumi's Miracle Square. Photo from Gela Bedianashvili/Check in Georgia/Facebook.

The American band arrived in Georgia on June 6 and after settling in the group were officially welcomed at a Georgian restaurant by 10 men who sang the iconic folk song Mravalzhamieriin polyphony.

Maroon 5’s keyboardist and rhythm guitarist Jesse Carmichael shared moments of the band’s welcome with his social media fans, saying it was an "amazing surprise” and the band was "excited” about the Batumi show:

Amazing surprise choir at the awesome traditional Georgian restaurant where we learned about the history of this country! Excited for the show tomorrow!

While no exact time has been announced for the beginning of today's concert, it is understood the event will be opened by a support act with Maroon 5 taking to the stage about 9pm.

Almost 40,000 fans attended Williams’ show at Dinamo Arena. He was the second of the four headlining performances included in Check in Georgia. 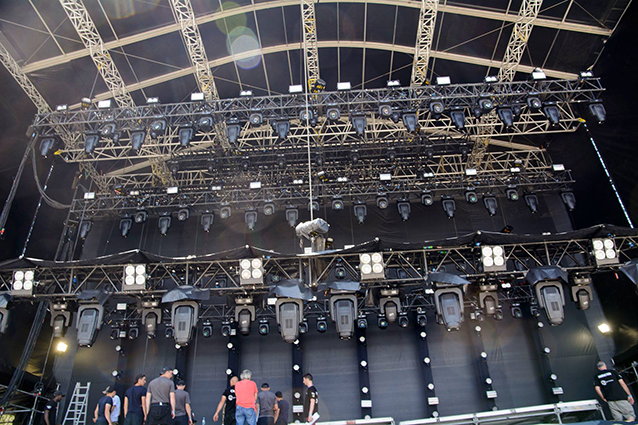 Italian singer Eros Ramazzotti opened the Check in Georgia festival in Tbilisi on April 24, while the final headline act Spanish tenor Jose Carreras will also travel to Georgia to sing on June 18 in Kutaisi city.

Maroon 5 established in 2001 and released its debut album Songs About Jane the following year, with its hit songs This Love and She Will Be Loved. The band received a Grammy Award for Best New Artist in 2005.

Several years later Maroon 5 released Moves Like Jagger, which went on to become an international number one single and among the best-selling singles of all time, selling over 14 million copies.

Maroon 5’s performance in Batumi is part of the band’s world tour M5 on the Road, which began in February 2015 and will end in October 2016, and is promoting Maroon 5’s most recent album V, which was released in late 2014.