In front of 10,000 spectators German rock band Scorpions, who have been together and playing music for more than five decades, performed their world famous hits in west Georgia’s newest concert arena on Saturday night.

Longtime members of Scorpions Klaus Meine (vocals), Rudolf Schenker (guitar) and Matthias Jabs (guitar), alongside Mikkey Dee (drums) and PaweÅ‚ MÄ…ciwoda (bass) played old hits as well as new ones for a thrilling concert that lasted an hour and a half. 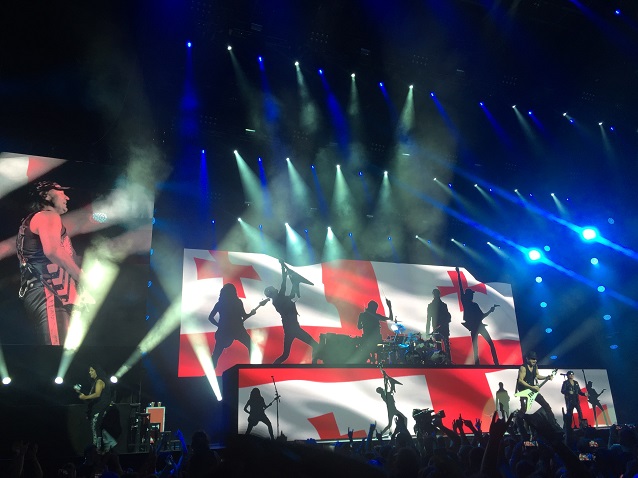 I loved the Black Sea Arena. The retractable roof was very impressive. As for the audience I am inspired with the feelings and emotions they gave us during the concert. I did not expect such emotions. Thanks to all of them,” said Meine after the show.

The show was distinguished by its visual effects where the theme of Georgia also dominated. During the show the lead singer took a Georgian flag from a fan in the front row, wrapped around his shoulders and continued singing rock ballads.

After the lights dimmed and the set ended, the audience shouted for an encore and band returned to the stage and performed two more songs for the excited crowd. 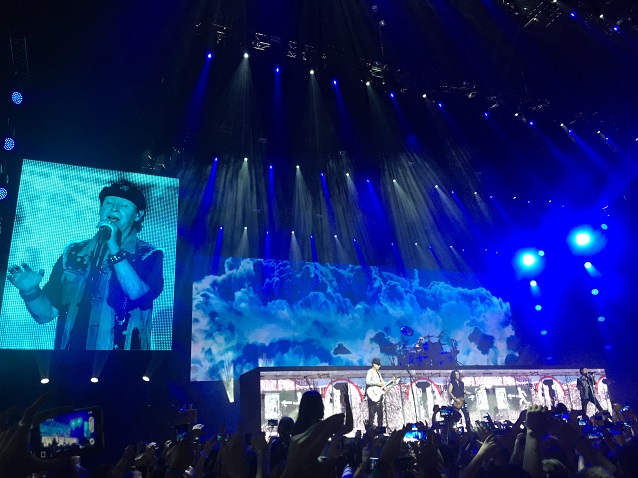 Founded in Hannover, west Germany in 1965, Scorpions have a vast array of hit songs including the singles Rock You Like a Hurricane, No One Like You, Send Me an Angel, Still Loving You, Winds of Change and many others.