Georgia’s newest concert venue has opened with an energetic performance by one of America’s leading pop stars, Christina Aguilera.

The American singer-songwriter performed more than a dozen of her top hits in a concert that celebrated the official opening of the new Black Sea Arena concert venue on July 30.

Located in west Georgia on the Black Sea coastline, the new concert hall was filled to its 8,700 capacity with Aguilera fans. About 200 million GEL ($93m/€83m*) was invested in the Black Sea Arena, which boasts a retractable ceiling and modern infrastructure.

Aguilera – the winner of five Grammy Awards and one Latin Grammy Award for her vocal performances – sang 16 of her most popular songs at Saturday night’s show.

One of the highlights of the show for the local audience was when Aguilera invited Georgian ensemble Batumi on stage and encouraged them to serenade her with a Georgian folk song.

I want to share with you something that’s very special to me. I feel so much love here and I appreciate that so much. I had the privilege to hear some very special vocalists; they came out and sang for me and my music family. So tonight I wanted them to come and perform for you as well so you can experience these gorgeous, gorgeous, gorgeous voices,” said the pop star as she invited Batumi on stage. 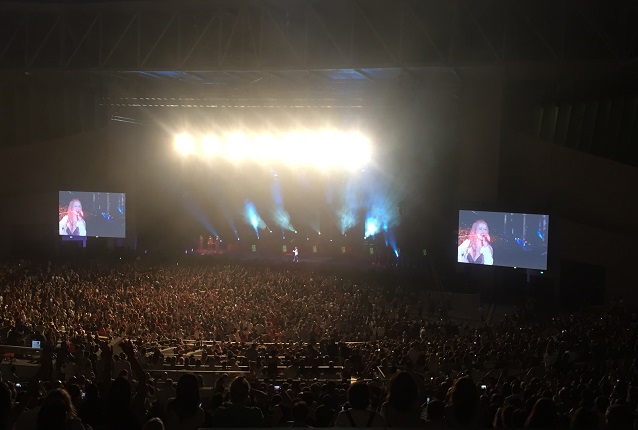 Aguilera first heard the group sing when she was having dinner at a restaurant in nearby Batumi. She and her "music family” comprising of 40 people were impressed with the unique style of polyphonic singing and Georgian folk songs.

One of Aguilera’s backing dancers released a video online with the following comment:

When dinner comes with the best serenade you have ever heard. This video does not do these men justice. You had to have been in that room. The vibrations coming from their collective harmonies was literally a spiritual experience.”

Aguilera and the members of her band were not the first foreign stars amazed by Georgian polyphonic singing. Earlier this summer world-famous band Maroon 5 was surprised by the singing of Erisioni, a Georgian ensemble that performs national dances and songs, when they heard the group perform one day before their own show in Batumi. 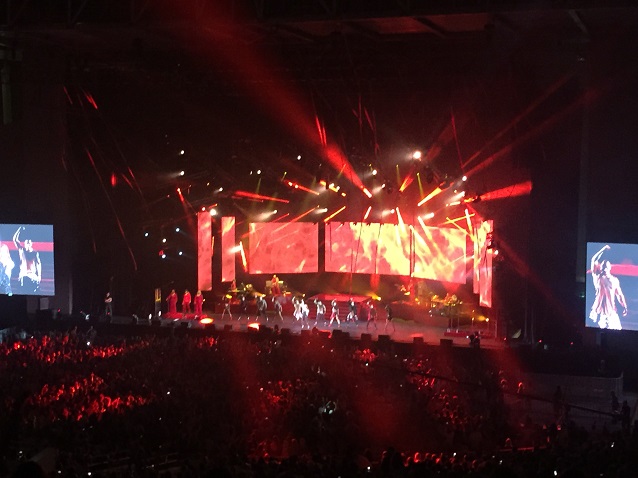 The band posted a video online with the commentary: "This was awesome.”

Maroon 5 also invited Erisioni to perform alongside them at their June 7 concert.

Now that the Black Sea Arena is open, it will continue hosting a range of performers.

British violinist Vanessa Mae will perform on August 8, Eirisioni will take to the stage on August 13, followed by German rock group Scorpions, who will hold a concert on August 20. 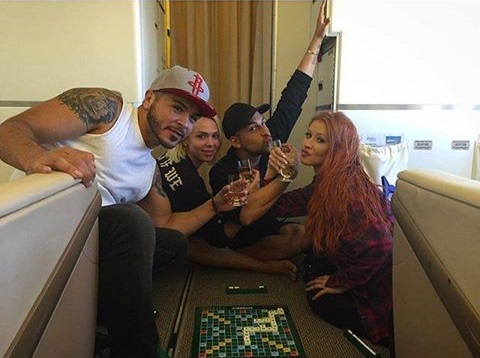 "On our way back from an amazing show in â€ªGeorgia love you guys and love my team who helps me make it happen!" posted Aguilera on her official Facebook page.

•Currencies are equivalent with the time of construction (May 2016).