The International Basketball Federation, led by its Secretary General Kamil Novak, has praised the progress of the construction of a new sports complex in Tbilisi, slated to host the FIBA Eurobasket competition’s group stage matches this year.

The Georgian Ministry of Sports, Culture and Youth Affairs revealed the assessment on Thursday, announcing FIBA representatives had inspected the construction work along with deputy ministers of the Georgian state body.

In his comments, Novak said “great progress” has been made since his last visit to the capital in December, noting  the construction of the arena was a “big deal” during the pandemic and post-pandemic period, and “the greatest effort” had been made to achieve it. 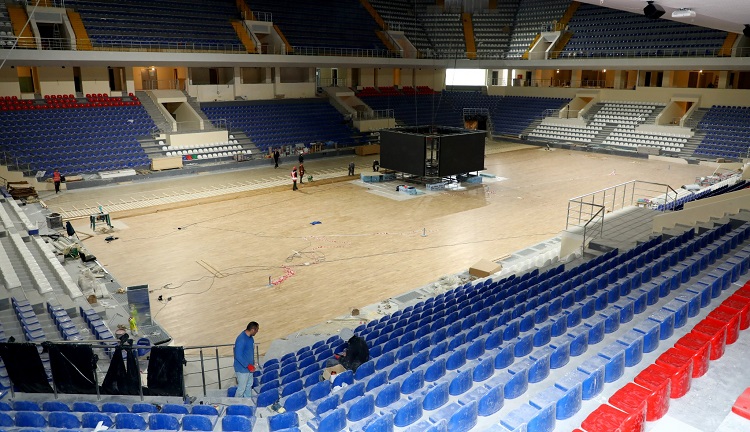 Photo: The Ministry of Sports, Culture and Youth Affairs of Georgia/Facebook

The visit to the construction sites also featured Viktor Sanikidze, the former Georgian national team player and currently the President of the Georgian Basketball Federation, as well as Giorgi Kartvelishvili, the Secretary General of the Federation.

Sanikidze revealed the construction process was scheduled to be completed by the end of May and “everything will be ready” for hosting international competitions at the venue.

The new arena is being built next to the New Tbilisi sports complex, which opened in 2015. A tunnel will connect the two complexes, with the unified location able to host 13,800 spectators.