Georgia and the Czech Republic have signed an agreement on priority directions in trade and economic relations between the two countries, the Georgian Economy Ministry announced on Monday.

The agreement was revealed during the 6th Session of the Intergovernmental Commission on Economic Cooperation, where questions of deepening relations in trade, investment, energy, transport, tourism, agriculture and other priority areas were discussed.

Deputy Minister of Economy Genadi Arveladze, who signed the deal from the Georgian side, said the Government was looking forward to intensifying and strengthening the ties with the Czech Republic.

Czech Republic is one of the top three investor countries in Georgia, with its investments in the country's energy sector exceeding $82 million - a fact that was also noted during the session, the Ministry said.

Arveladze pointed to the increase of bilateral trade turnover by 31 percent and exports by three percent in 2021, adding there was “untapped” and “unexplored” potential in relations between the sides. Arveladze also welcomed the opening of the CzechTrade office in Tbilisi, calling the agency an “important player” in the promotion and development of trade and investment cooperation. 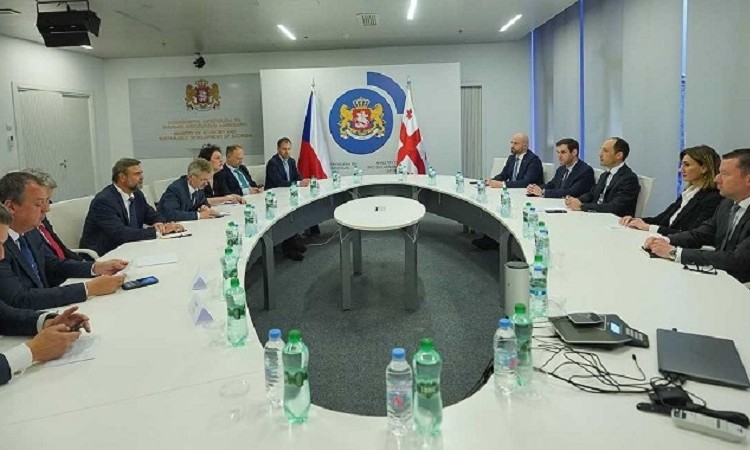 During the meeting, the sides also highlighted the “historic decision” of Georgia to apply for European Union membership in March, with Davitashvili calling it a “great responsibility.”

The Czech Republic is one of the countries that has consistently welcomed Georgia's European integration and NATO membership [...] this support is important as the Czech Republic becomes the country holding the EU presidency this year,” Davitashvili said.

Additionally, Georgian-Czech business forums have been scheduled to be held in the capital of Tbilisi and the Black Sea coastal city of Batumi, with the events set to involve 30 entrepreneurs from the Czech Republic.