In the meeting also involving the recently appointed Georgian Foreign Affairs Minister Ilia Darchiashvili, Garibashvili noted the country stood “firmly” by the international community in the context of the conflict in Ukraine, and continued to provide political and practical support to the country. 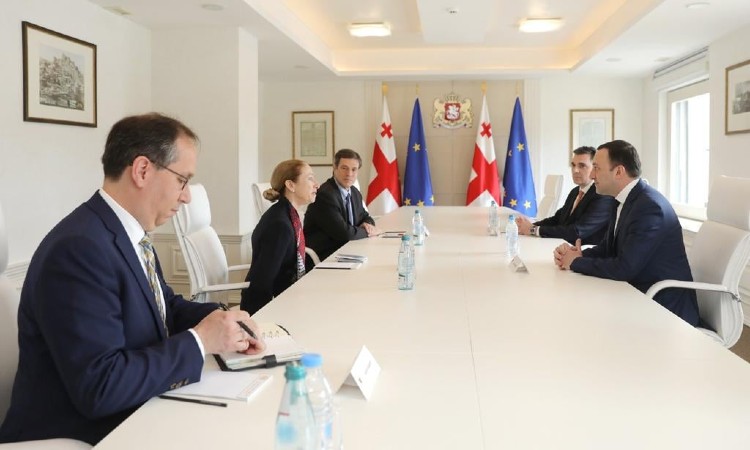 The PM named support in bilateral and multilateral formats and the co-sponsoring of international resolutions in support of Ukraine in wake of the Russian invasion, highlighting Georgian diplomatic missions had not left Kyiv, Odesa and Lviv since the outbreak of hostilities, the Government Administration said.

Provision of “significant” humanitarian assistance to Ukraine by the Georgian Government since the beginning of the war, with over 500 tons of humanitarian aid sent in a continued process, was also mentioned by the head of the Government in the meeting.