The Georgian Dream ruling party has launched preparations for municipal elections which will take place in the autumn of this year, party officials have stated today, after a meeting at the party headquarters in central Tbilisi.

The ruling party members say that the meeting mainly concerned technical issues and no candidates have been selected so far.

Meanwhile, the opposition has announced the launch of a ‘large-scale disobedience campaign and rallies’ if no agreement on repeat parliamentary elections and the release of opposition leader Nika Melia is made with the ruling party by the end of March.

We have suspended rallies until March 20 not to give a reason to the ruling party to hamper dialogue. If no agreement is reached with the ruling party, we will launch a large-scale disobedience campaign and rallies by the end of March,” leader of Strategy Agmashenebeli opposition party Giorgi Vashadze stated earlier today.

Five of eight Georgian opposition parties which have won seats in the 10th convocation of the Georgian parliament have been demanding repeat elections since the October 31, 2020 race. 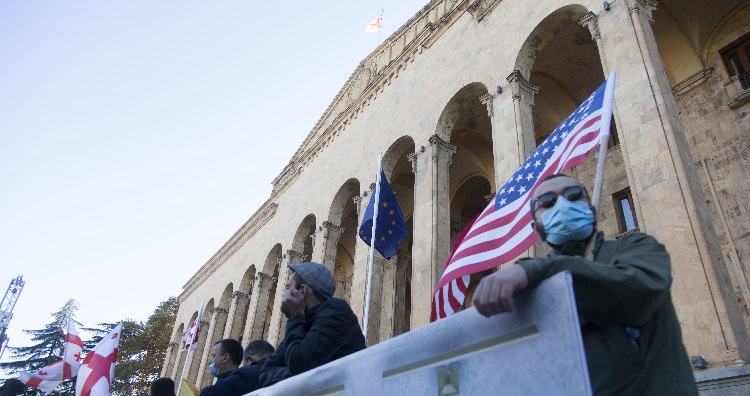 Opposition says that rallies may resume by the end of the month. Photo: Nino Alavidze/Agenda.ge.

Opposition rallies resumed at the end of the last month, amid the coronavirus pandemic, after the arrest of the United National Movement (UNM) opposition party head Nika Melia on February 23 for his refusal to pay bail.

Melia is charged with incitement to violence during the June protests in Tbilisi back in 2019.

Opposition parties are now demanding the release of Melia and the co-founder of the opposition-minded TV channel Mtavari Arkhi Giorgi Rurua and the repeat elections. 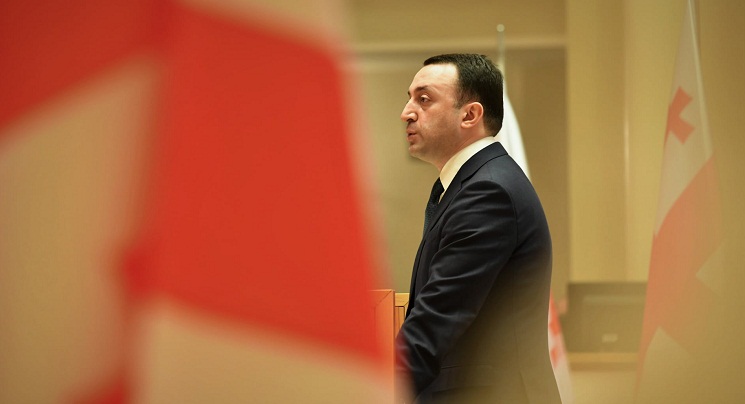 The dialogue between the ruling party and the opposition resumed during the recent visit of the European Council President Charles Michel to Georgia on March 1.

Michel has mandated Christian Danielsson to lead a EU-backed mediation effort in Georgia.

Danielsson will come to Georgia in the coming days.

The Georgian Dream officials have stated that Melia violated the law and that everyone is equal before the law.

The ruling party says that repeat elections will not take place because the elections ‘were held in the full line with democratic standards and that the international community has recognised the results of the elections.’

They repeated that if the opposition presents evidence that even one per cent of votes were fabricated, the ruling party will accept the conduct of repeat parliamentary elections.