Georgian opposition parties have requested mediation instead of facilitation from the EU to come to an agreement with the ruling Georgian party amid the current political tension.

They requested this during today’s meeting with the president of the European Council Charles Michel in Tbilisi.

Five of eight opposition parties (51 of 60 opposition MPs) have been demanding repeat parliamentary elections since the October 31, 2020 elections.

The recent arrest of the head of the United National Movement opposition party Nika Melia has further complicated the tension and the opposition parties took to the street again last week.

The parties are demanding the release of Melia and the co-founder of the opposition-minded Mtavari Arkhi TV channel Giorgi Rurua and repeat parliamentary elections.

Foreign ambassadors, including the EU ambassador, have facilitated four rounds of talks between the ruling party and opposition to help them end the political tension. However, the talks ended without the result. 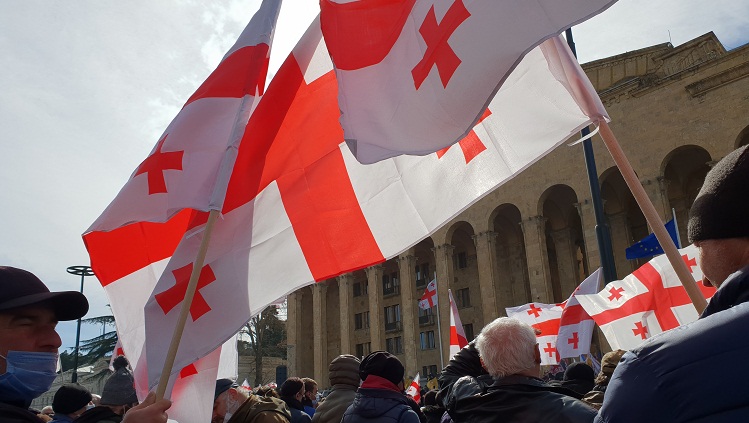 Now the opposition leaders say that the mediation by the EU is likely to help parties end the crisis.

In the case of mediation the mediators will be able to offer the ways out of the crisis, while the facilitators are unable to do so,” said the head of Strategy Agmashenebeli opposition party Giorgi Vashadze.

He also said that Michel encouraged the opposition to make a compromise.

As for the compromise we said that the opposition may accept the referendum instead of repeat elections,” Vashadze said.

The ruling Georgian Dream party says that the elections were conducted in the ‘full line with democratic standards’ and ‘no repeat elections’ will take place.

Georgian PM Irakli Garibashvili says that Melia, who was arrested for his refusal to pay bail, and Rurua have committed crimes and that ‘everyone is equal before the law.’

After today’s meeting with Michel Garibashvili repeated that the ruling party is ready for the dialogue with the opposition to ‘normalise the political process as soon as possible.’