President: Saakashvili serving term lawfully, but he is not an ordinary prisoner

Georgian President Salome Zurabishvili says that the third president Mikheil Saakashvili is serving his term in a Georgian prison ‘based on the rule of law.’ However, she noted that the former president is not an ordinary prisoner and that his imprisonment and hunger strike is ‘under close observation’ by the international community.

In a briefing today, Zurabishvili condemned the release of Saakashvili’s prison-transfer videos, saying that the videos spread  by the country’s Special Penitentiary Service were ‘degrading.’

Arresting a former president is a big challenge for any state.

For peace and depolarization, it is important to weigh as much as possible every word and action, to avoid all provocations and attempts at confrontation. pic.twitter.com/SFYKBD63gj

Everyone is equal before the law, but while serving a sentence and while in prison, an ex-president is not and cannot be an ordinary prisoner. He is a special prisoner, because everyone - our society just like our international friends - observes his condition and demands the highest standards. The image of our country is reflected in how we treat him, and how his dignity, health and safety will be protected, Zurabishvili said. 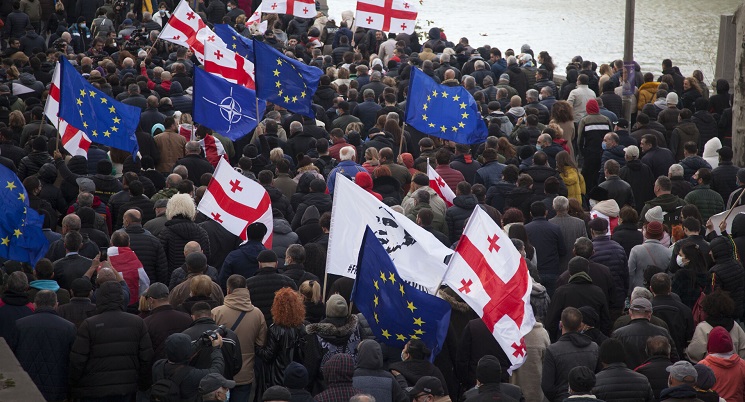 Zurabishvili stated that the current government should never act in the way Saakashvili's government acted, and that the country's authorities which has occupied territories and is striving for Euro-Atlantic integration should always take reasonable steps. Photo: Nino Alavidze/Agenda.ge.

She stated that Saakashvili’s health must be under close supervision, despite the fact that 'he himself has made the decision to go on a hunger strike and is trying to lead the process.'

Logically, the government should be most interested in maintaining the health of the former president, and I think it is, Zurabishvili said, noting that the public must be informed on each detail on Saakashvili’s health. 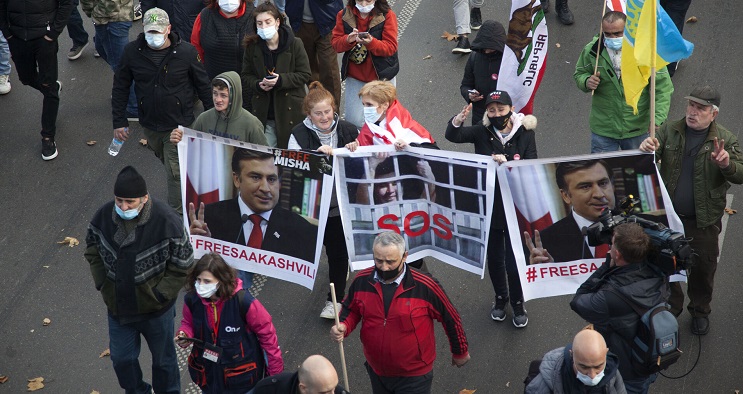 Zurabishvili says that Saakashvili must be treated with dignity despite his actions. Photo: Nino Alavidze/Agenda.ge.

She stated that ‘as Saakashvili is not an ordinary prisoner, his transfer to a civil clinic is not as easy as this would be in terms of other inmates.

There is a demand that the ex-president, like other ordinary prisoners, be transferred to a civilian multifunctional clinic. These words are repeated by everyone in a way that it looks like they have no real idea of ​​what it means, or what possible risks are, Zurabishvili said.

However, she stated that the government must ensure Saakashvili’s rights in line with international standards, prove that the prison hospital, where Saakashvili is now, satisfies top standards or 'find an alternative and safe solution.'

She also said that statements made by ‘some officials’ on Saakashvili further complicated tension, and that everyone should refrain from making the comments on the former president which would degrade him.