Opposition United National Movement (UNM) members and supporters have formed a human chain in central Tbilisi earlier today to celebrate the 18th anniversary of the Rose Revolution, a change of power in Georgia following mass protests led by the currently imprisoned UNM founder Mikheil Saakashvili in 2003.

UNM head Nika Melia asserted that Saakashvili, who became the third president of Georgia after the Rose Revolution, will not stay in prison for a long time. 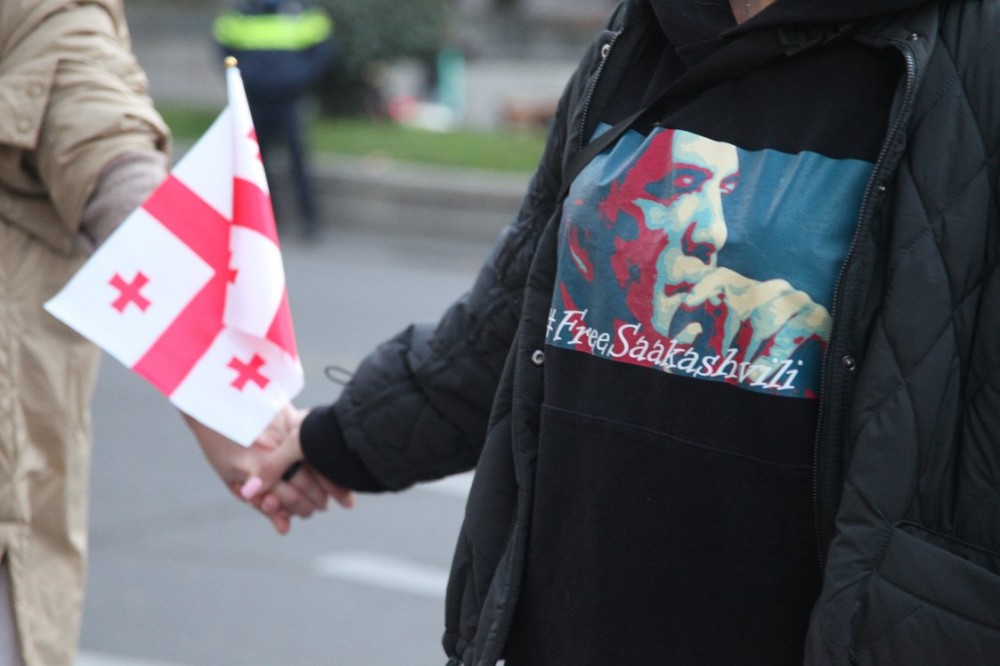 Saakashvili rose to power after the revolution in 2003. Photo: Nino Alavidze/Agenda.ge

Melia added that the UNM will present a 'specific plan' to the public by the end of the week.

By the end of the week, we will lay out a very specific plan with our friends and introduce the public to our strategy which will lead the victory, Melia said. 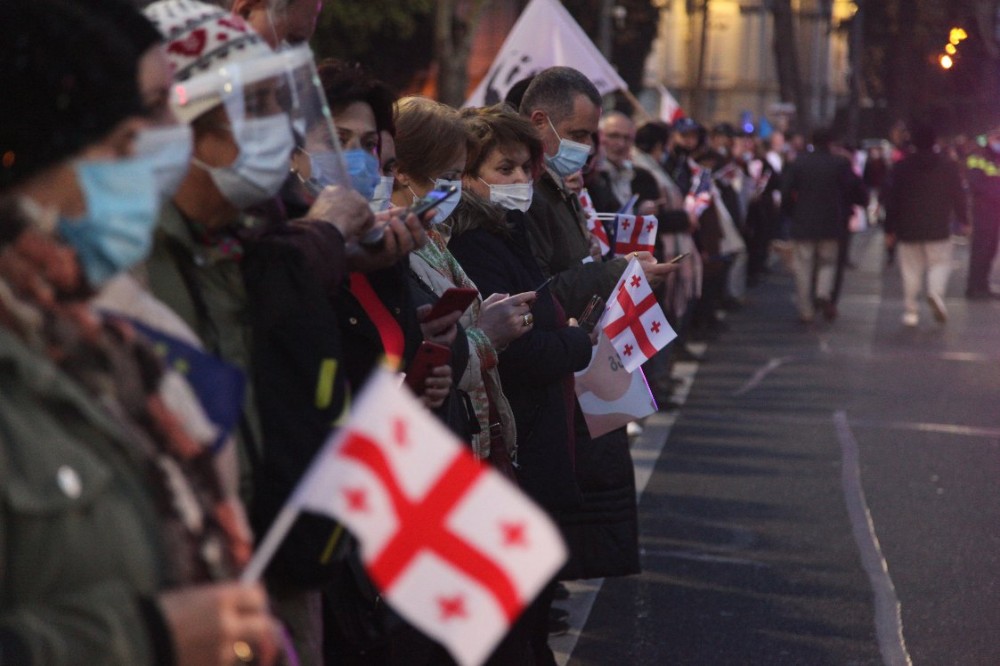 UNM head will present an action plan to his supporters by the end of the week. Photo: Nino Alavidze/Agenda.ge

Saakashvili, who is currently a citizen of Ukraine, fled Georgia in 2013, a year after the UNM lost the parliamentary elections to Georgian Dream. In 2018, Georgian court convicted him in absentia on two counts of abuse of power and sentenced him to six years in prison.

The ex-president was arrested in Tbilisi on October 1, after his clandestine return to Georgia.

The ex-president denies all charges and considers himself a 'political prisoner.' He was transferred to Gori military hospital last week, on his 50th day of hunger strike.