The European Union has published its Association Implementation Report on Georgia, which says that the country ‘continued steadily on its European path including in the challenging COVID-19 context’.

The document published earlier today reads that Georgia ‘has remained committed to the implementation, obligations and undertakings of the Association Agreement, despite COVID-19 related challenges’.

Alignment to the EU acquis as well as to European standards in the area of human rights has broadly continued. The EU stood by Georgia and made unprecedented and substantial efforts to support and help Georgia deal with the COVID-19 sanitary and socio-economic crisis”, the document reads.

It notes as well that ‘looking ahead, a demonstrated reform commitment as regards democracy consolidation and reform of the judiciary will be crucial to further advance on its European path’.

???????? EU report published today on the EU-Georgia Association Agreement shows that ???????? Georgia remains committed to the obligations of the Agreement but challenges remain in the areas of electoral reform and reform of the judiciary. Read more: https://t.co/JgeYz5hXub

Based on the document, ‘the revised electoral framework, agreed in an inter-party dialogue during the first half of 2020, provided a sound basis for holding democratic elections and partially addressed previous OSCE/ODIHR and Council of Europe/Venice Commission recommendations’.

Nevertheless, despite overall competitive elections, a number of shortcomings have undermined the trust in the process and the opposition parties have boycotted the early proceedings of the new parliament”, the EU has reported.

The document meanwhile reads that ‘this demonstrates the need for further democratic consolidation, including by addressing the final recommendations of OSCE/ODIHR, through an inclusive dialogue and ahead of the October 2021 local elections’.

In the short-term, an inclusive political agreement between the majority and opposition is needed to enable work in parliament to advance the important reform agenda. More broadly, tackling the polarisation in Georgian politics and media remains a challenge”, it says.

The document also focuses on the ‘implementation of the fourth wave of judicial reforms', saying 'in general upholding the highest standards of ethics and integrity in the judiciary will remain essential throughout 2021’. 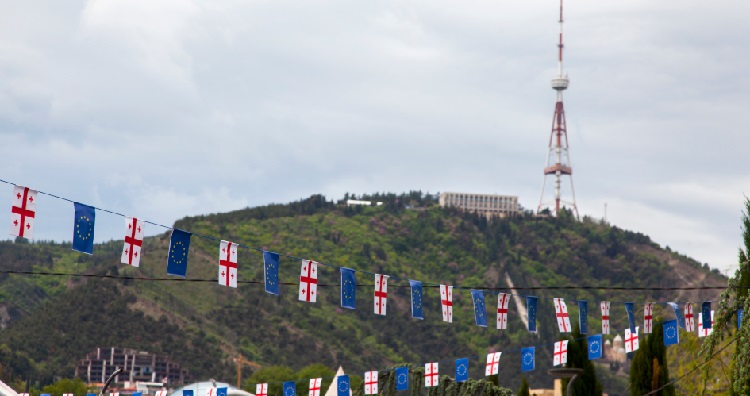 Further reform of the High Council of Justice will remain a priority. Setting up an ambitious anti-corruption agenda could help regain momentum in the fight against corruption, notably high-level corruption”, the document reads, noting that ‘it will also be important for Georgia to continue proactively addressing the continued high number of unfounded asylum applications’.

Finally, the document notes that ‘it will be crucial to ensure an inclusive, green and sustainable recovery from the COVID-19 crisis and to make further progress on digitalisation and digital literacy’.