The Georgian parliament has elected Nino Kadagidze as the new chair of the Georgian Supreme Court amid the protests of the United National Movement and the European Georgia opposition parties.

The opposition parties which boycott the parliament as the ruling Georgian Dream party ‘refused to fully meet the March 8 election agreement and release political prisoners,’ refused to attend the voting.

The opposition is against Kadagidze anyway, claiming ‘she will fail to be independent and carry out necessary changes in the court.’

82 MPs voted for Kadagidze with no votes against, as the opposition parties were absent and several independent MPs also refused to vote. 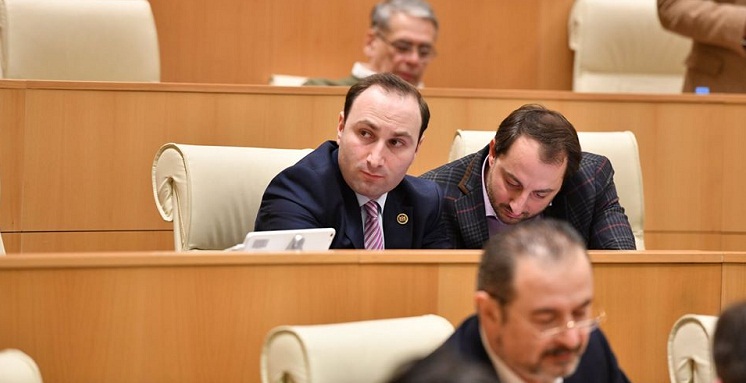 The ruling party MPs said Kadagidze is 'worthy and qualified' for the new role. Photo: parliament of Georgia press office.

Independent MPs Eka Beselia and Levan Gogichaishvili said Kadagidze is ‘far from being a proper chair’ of the court, adding that the ruling party ‘used the situation created by the coronavirus’ to approve the ‘candidate beneficial for them.’

The Georgian High Council of Justice nominated Kadagidze as a candidate for the head of the Georgian Supreme Court on March 10.

The former head of the Supreme Court Nino Gvenetadze resigned in August 2018 as she said due to health issues.

The Georgian parliament  approved 14 of total 19 candidates for lifelong judges of the Georgian Supreme Court in December 2019 amid protests of the opposition and civic groups.

Kadagidze were among those approved.