TV Pirveli cameraman Lekso Lashkarava, 36, was found dead at home this morning. Lashkarava was one of the 53 media representatives who were attacked by right-wing groups during the Tbilisi Pride counter rally on June 5.

Lashkarava, who had received a concussion, facial bone fractures and multiple bruises, underwent treatment at home after the medical surgery.

Police took Lekso’s body for a forensic examination to define the exact reason of his death. 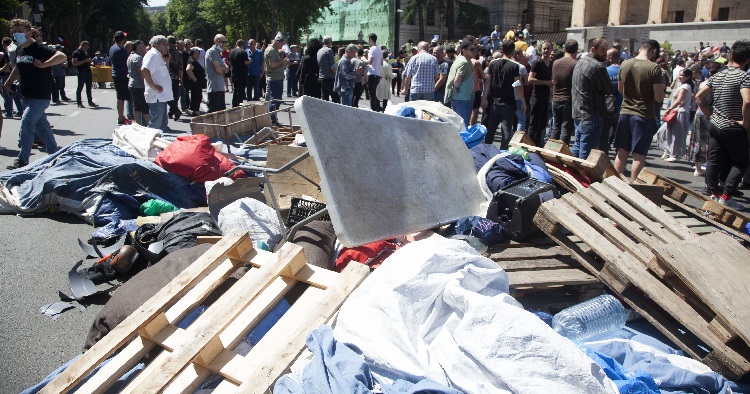 A total of 53 representatives of various media outlets have been injured while covering the rally of right wing activists against the Tbilisi Pride march that was scheduled for July 5. Photo: Nino Alavidze/Agenda.ge

Meanwhile, Interior Ministry has announced that the investigation into Lashkarava’s death has started under the Article 115 of the Criminal Code of Georgia – ‘incitement to suicide’.

Four people were detained for assaulting Lashkarava and his colleague from TV Pirveli while performing his professional duties in the office of the Shame Movement located on Ingorokva Street in Tbilisi on July 5.