Shame Movement, which is one of the organisers of the rally, has tweeted:

Crowd of 10K peaceful protesters are gathered in front of @Geoparliament led by ????????n journalists demanding resignation of @GharibashviliGe’s @GovernmentGeo, and punishing the organizers and executors of 5-6 July violence & Murderers of Lekso Lashkarava with full severity of law. pic.twitter.com/V0NQ8ULsb7 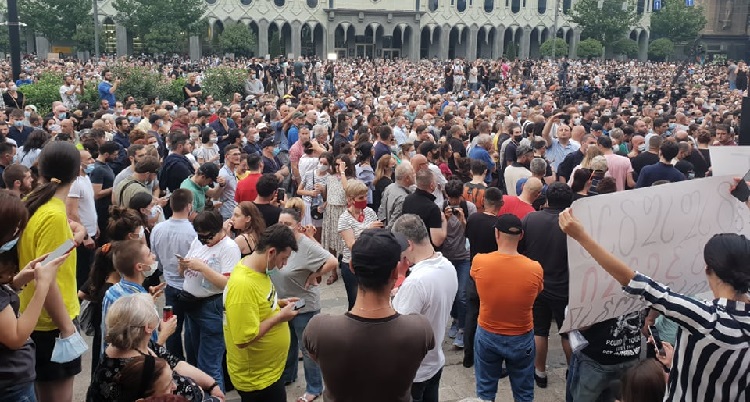 He was attacked in the office of the Shame Movement by over 30 right-wing activists during the Tbilisi Pride counter rally on June 5.

Alexander #Lashkarava was found dead today morning. He was one of the 53 journalists beaten on July 5 by #Russia-linked extremists#TbilisiPogrom pic.twitter.com/XUfXFEclad

Heads of different media outlets and civil activists called on others to join them and pay tribute to the late cameraman.

The Media Managers, activists and politicians call upon the citizens of Georgia to stand up against the violent Government and to demand their resignation
More: https://t.co/DmhjDHlcRR pic.twitter.com/IVKlKaq9ZE

Dozens of cases against the media are still uninvestigated. The government does not ensure the safety of journalists, and statements by representatives of the ruling party exacerbate violence”, the joint statement reads.

The signatories call on the diplomatic corps and international organisations ‘to respond immediately’ and ‘effectively to the targeted persecution of media representatives’ during the Tbilisi Pride counter rally on July 5.

The TV Pirveli cameraman was one of the 53 media representatives attacked by the right-wing groups last week. 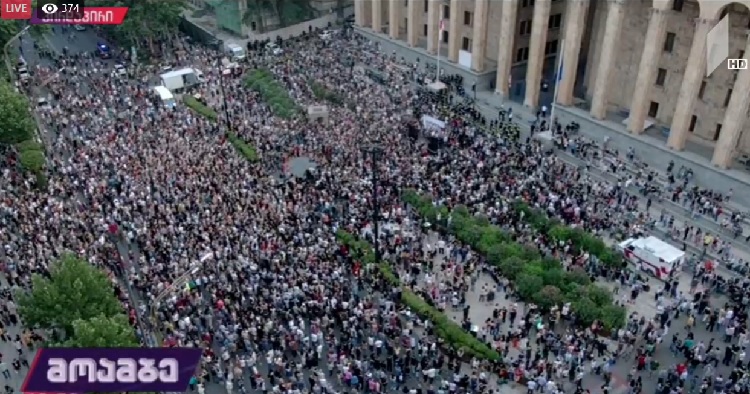 Protest rallies are held in other cities, including Batumi, where protesters have sprayed paint 'murderers' on the government building.

Police and protesters are clashing in Batumi as protesters attempt to spray the word 'murderers' on the Government of Adjara building. The demonstration follows the death of journalist Aleksandre Lashkarava.

An investigation has been launched in the death of Lekso Lashkarava, under Article 115 of the Criminal Code of Georgia – incitement to suicide. However, the Interior Ministry names drug overdose as a possible reason for Lashkarava's death.