The detainees were released in exchange for providing Azerbaijan with maps of 97,000 anti-tank and anti-personnel mines in the Aghdam region, the Azerbaijani foreign ministry reported earlier today.

It also stated that they were handed over to Armenia on the Azerbaijani-Georgian border with the participation of Georgian representatives.

We appreciate the support of the Georgian government headed by the Prime Minister of Georgia Irakli Garibashvili for the implementation of this humanitarian action”, the Azerbaijani foreign ministry said.

Georgian PM’s press office has also reported that Irakli Garibashvili was ‘in constant communication’ with the President of Azerbaijan Ilham Aliyev and acting Prime Minister of Armenia Nikol Pashinyan to help both countries solve the issue.

This is ‘a very important step’ aimed  to improve the security situation in the region that has been made through active involvement of Georgia and its key partner -  the United States, PM’s press office said.

This day would be an important example and a step forward in solving the current deadlock between the neighbours. Georgia is ready to assist its partners in future and to be actively involved in the solution of humanitarian issues”, the statement reads.

Georgian Foreign Minister David Zalkaliani has also underscored the importance of the Azerbaijan-Armenian deal. He said the government of Georgia and personally PM Garibashvili have played an important role in solving this issue. 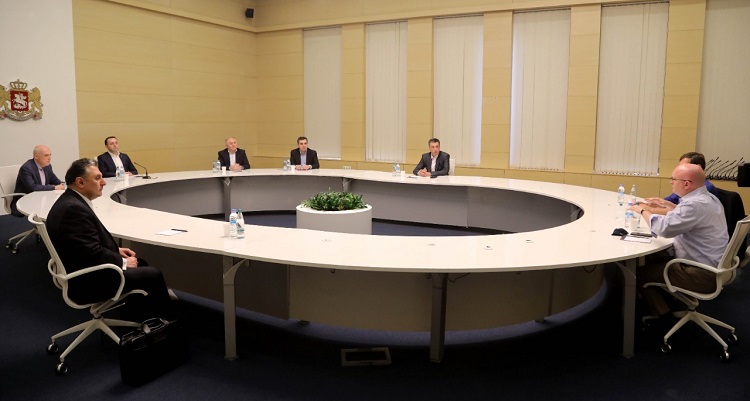 FM Zalkaliani also noted that Philip Reeker, who first visited Georgia earlier this week, returned to Tbilisi yesterday following his trips to Yerevan and Baku and continued the negotiations there.

This, Zalkaliani said, illustrates how the US values Georgia’s role in the region for achieving the lasting peace and stability in the region.

It is clear and everyone can see that we have spared no efforts to make this humanitarian act possible since  the Georgian PM got involved in this process”, David Zalkaliani said.

All of the15 individuals, who were detained during the recent conflict between Armenia and Azerbaijan over the Karabakh, have already returned to their homes in Armenia.