Ex-PM Gakharia on his party launch: ‘Today we unite for Georgia, but not against anybody’

Former Georgian Prime Minister Giorgi Gakharia, who now chairs the For Georgia political union, said at the party’s launch presentation earlier today that ‘we unite for Georgia,  but not against anybody'.

Stating that his team will be actively involved in political processes, Gakharia said Georgia now needs a political party which can ‘look the truth in the eyes’ and speak up about the challenges the country is facing nowadays, instead of living in illusions.

We unite for the truth and for the deeds. The truth and the deeds… will be the key mottos of the For Georgia political union”, Gakharia said.

Gakharia, who served as Georgia’s PM from September 2019 spoke of his recent resignation as well. The former PM said he resigned because the ruling Georgian Dream party had distanced itself from the citizens' real problems and instead preferred to fight with political opponents.

I resigned because at a very specific moment it became clear for me that the political party put its party interests above the interests of the state”, he added. 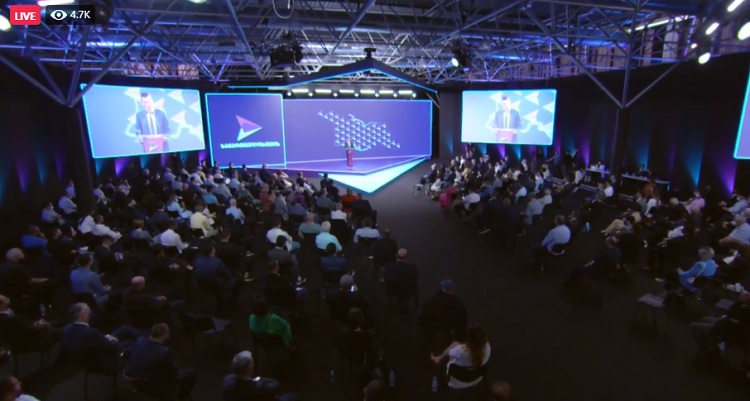 During the presentation former PM Gakharia named the members of the political council, who are ‘conscientious’, ‘decent’ and ‘professional’ people.

The members of political council are:

In his address Gakharia has called on everyone to set ‘very ambitious plans’ for the better of the country.

Therefore, he said the door of his party remains open for everyone, ‘for every person who can look the truth in the eyes, who is brave enough to tell the truth and who can take responsibility to serve the state’ amid the global challenges.

In response to the question about his possible ties with former chair of ruling party Bidzina Ivanishvili, Gakharia said that he did not even have any communication with Ivanishvili.

Gakharia also told them that his party aims to end the radical confrontation and any form of radicalism in Georgia.