The ruling party chair Irakli Kobakhidze told Rustavi 2 media outlet on Friday that  then PM Gakharia had been requesting to postpone the detention of UNM chair Nika Melia for a couple of days after the court ruling for ‘groundless reasons’.

Kobakhidze said, meanwhile the UNM had intended to mobilise its supporters to form an ‘alternative government.' 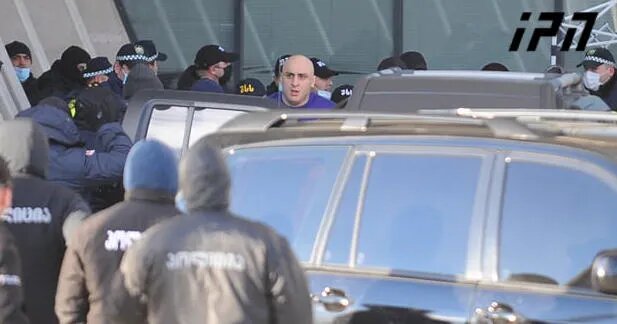 Kobakhidze told Rustavi 2 that the ruling party had received information about the UNM’s planned coup from Kiev and the UNM Tbilisi office, however they did not inform Gakharia, because they 'already had suspicions about him.'

The ruling party chair also said that up to 20 employees of the interior and defence ministries - whose names are not known - were also involved in the allegedly planned coup, which they say would have been led by Mikheil Saakashvili.

On his part, UNM founder and ex-President Saakashvili was supposed to enter Georgia via the Turkish border in Sarpi and meet with activists; Giorgi Gakharia allegedly planned to resign afterwards. 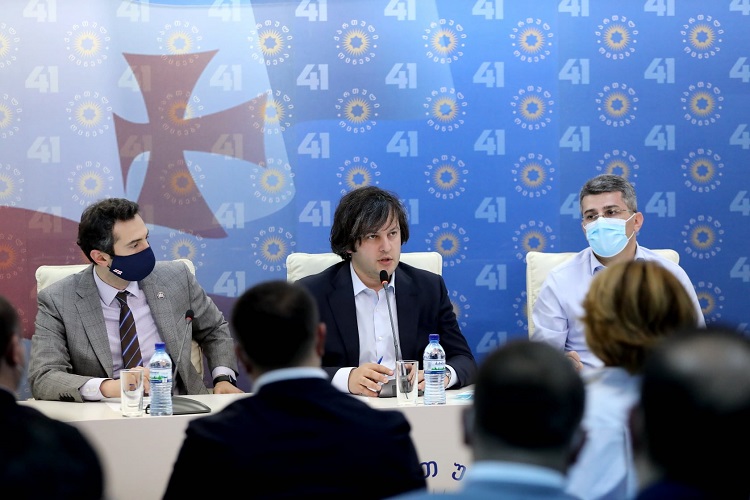 Saying that he does not know ‘with whom and how Gakhariahad contacts’, the ruling party chair said ‘there is a direct connection between this scenario and Gakharia’s ungrounded demand’, which is why the PM has resigned.

[Gakharia] claimed that there would be the highest concentration [of activists at the UNM headquarters] the day after Melia’s detention… We had our argument: all [the rest] of us were claiming that in reality the concentration would not decrease but instead increase the next morning”, Kobakhidze said.

We have later seen in practice how the concentration at the UNM headquarters was increasing [day after day as Melia was not immediately detained due to Gakharia’s sudden resignation]”, he added noting that Gakharia’s argument to detain Melia a couple of days after the court ruling was not grounded.

In his televised interview Kobakhidze spoke of the source of Gakharia’s party funding as well. Without naming the source, he said the ex-PM’s team ‘will not be happy’ if this information becomes public.

In response to Kobakhidze’s allegations Gakharia’s For Georgia party demands ’an immediate investigation’.

#ForGeorgia demands the immediate investigation of the absurd statements made by the current chairman of the @GeorgianDream41 as leaving it unanswered will further damage the state interests and the country’s international reputation❗️Full statement: ???? https://t.co/QorhHiED3e

Kakhaber Kemoklidze, member of political council said at a news briefing yesterday that Kobakhidze’s comments in reference to Gakharia were ‘inadequate’ and ‘primitive lies’.

Kobakhidze said yesterday that for the past 4 months, he has been hiding from the Georgian citizens, including Georgian Dream voters, that a coup was supposed to take place in the country, involving the country's Prime Minister, police and soldiers who still serve in Georgia's defence and police forces”, Kemoklidze said.

He further added that ‘leaving such absurd statements unanswered will further damage the state interests and the country's international reputation’.

Political party “For Georgia” - We demand an immediate investigation into the comments of the current chairman of the ruling party ⁦@GeorgianDream41⁩ https://t.co/sHf554NHnZ

UNM member Khatia Dekanoidze has also called Kobakhidze’s statement ‘absurd’. She said the ‘scared’ Georgian Dream is trying ‘to encourage itself’ ahead of the upcoming local self-government elections this fall in fear of a failure.

When during all of this time Giorgi Gakharia used to be their number one figure in party list, and an important crisis manager, now we hear an absurd attitude and absurd accusations”, Dekanoidze said.

Giorgi Gakharia, who became PM in September 2019, shortly after the June protests in Tbilisi sparked by the presence of Russian MPs in the Georgian parliament, resigned on February 18, 2021 saying that the step is connected with the arrest of UNM chair Melia.

Gakharia has then stated that Melia violated the law and has been engaged in sparking tension in the country. However, he said that if ‘the enforcement of justice threatens the life and health of citizens or creates the possibility for destabilisation in the country, [it] is unacceptable.’

Former Georgian PM Gakharia currently chairs the For Georgia political union said at his party launch presentation that he has resigned because the ruling Georgian Dream party had distanced itself from the citizens' real problems and instead preferred to fight with political opponents.