One of the three political parties that made it into the new Parliament of Georgia, the Alliance of Patriots, has named it's party leader as its candidate for the vacant post of Vice Speaker of Parliament.

The Alliance of Patriots gained six seats in the 150-member legislative body after last month’s Parliamentary Elections. Today the party named party leader Irma Inashvili as its candidate for the vacant Parliamentary role.

Meanwhile the Alliance of Patriots faction in Parliament, which must be composed of at least of six lawmakers, will be chaired by the party’s Political Secretary Giorgi Lomaia.

After the October Parliamentary Elections in Georgia, three parties gained enough votes to win seats in the legislative body. These parties were:

Two remaining seats in Parliament were won by an independent majoritarian candidate and by a representative of the Industrial Party.

Georgian legislation stated the majority (Georgian Dream-Democratic Georgia party) can name no more than three candidates for the post of Vice Speaker of Parliament. 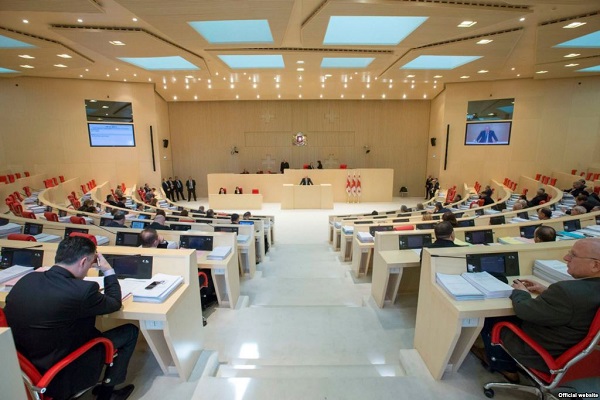 New Parliament of Georgia must gather no later than November 19.

Meanwhile all factions that are not linked with the ruling party are eligible to name a maximum of three candidates for the role of Vice Parliament Chairperson.

The Alliance of Patriots however can only name one candidate as it has only one faction in the new Parliament. However if at least six lawmakers separate from the UNM faction and form a new group in Parliament, they will also have a chance to name a third opposition candidate for the vacant Vice Speaker role.

Today UNM representative Irma Nadirashvili indicated to the idea that the party may have two factions in the future Parliament.

Meanwhile it is also mandatory for Parliament to elect a Vice Parliament Speaker from the Supreme Council of Adjara; the legislative body of the country’s western, Autonomous Republic of Adjara.

All candidates named as potential Speakers and Vice Speakers of Parliament need the support of the majority - at least 76 votes out of the 150-seat legislative body - to gain the position.

Theoretically the future Parliament Speaker may have six deputies - three from the ruling party, two from the opposition and one from Adjara’s legislative body.

However the exact number of Vice-Speakers would be dependent on the majority’s support.

The ninth Parliament of Georgia must gather for their first meeting no later than November 19.