Speaking at a joint press conference with his Moldovan counterpart Nicu Popescu în Chișinău, the Georgian official praised the “friendly relations based on close contacts, common goals and aspirations”, and said he had discussed hastening the integration of the Associated Trio states in the European Union following the recent “historic decision” of the bloc to grant them pathways to membership.

The EU in June officially opened the door for our countries to join it, and thus we became part of the enlargement package. We are well aware that this achievement imposes a great responsibility on us to ensure the highest level of political, economic and legal convergence with the bloc”, Darchiashvili told the briefing.

“Together with minister Popescu, we have talked at length about ways to coordinate the steps we are taking to make progress on this path”, Darchiashvili said, noting the two sides saw “need to further strengthen cooperation and coordination”, and to share the knowledge and experience gained during the accession process. 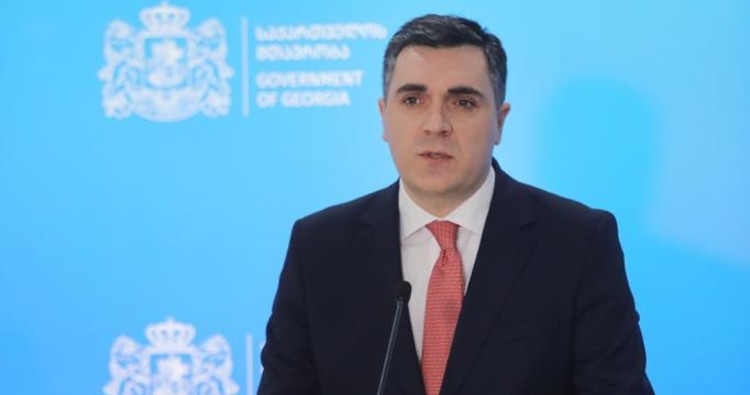 Ukraine, Georgia and Moldova form a group of like-minded countries known as the Associated Trio. These countries are united by the goal of joining the EU”, said the official.

Noting his first official visit to Moldova, Darchiashvili reiterated his support for Ukraine amid the ongoing Russian invasion and reaffirmed support for its sovereignty and territorial integrity.

We [the Georgian and Moldovan FMs] have confirmed our support for the sovereignty and territorial integrity of our countries as well, and emphasised the importance of maintaining a regular dialogue regarding the existing challenges", said the minister.

In reference to the 30th anniversary of the establishment of diplomatic relations between Georgia and Moldova, the sides highlighted the importance of maintaining the “active dynamics” of high-level visits and the need to strengthen sectoral cooperation, particularly in trade, economy and tourism.